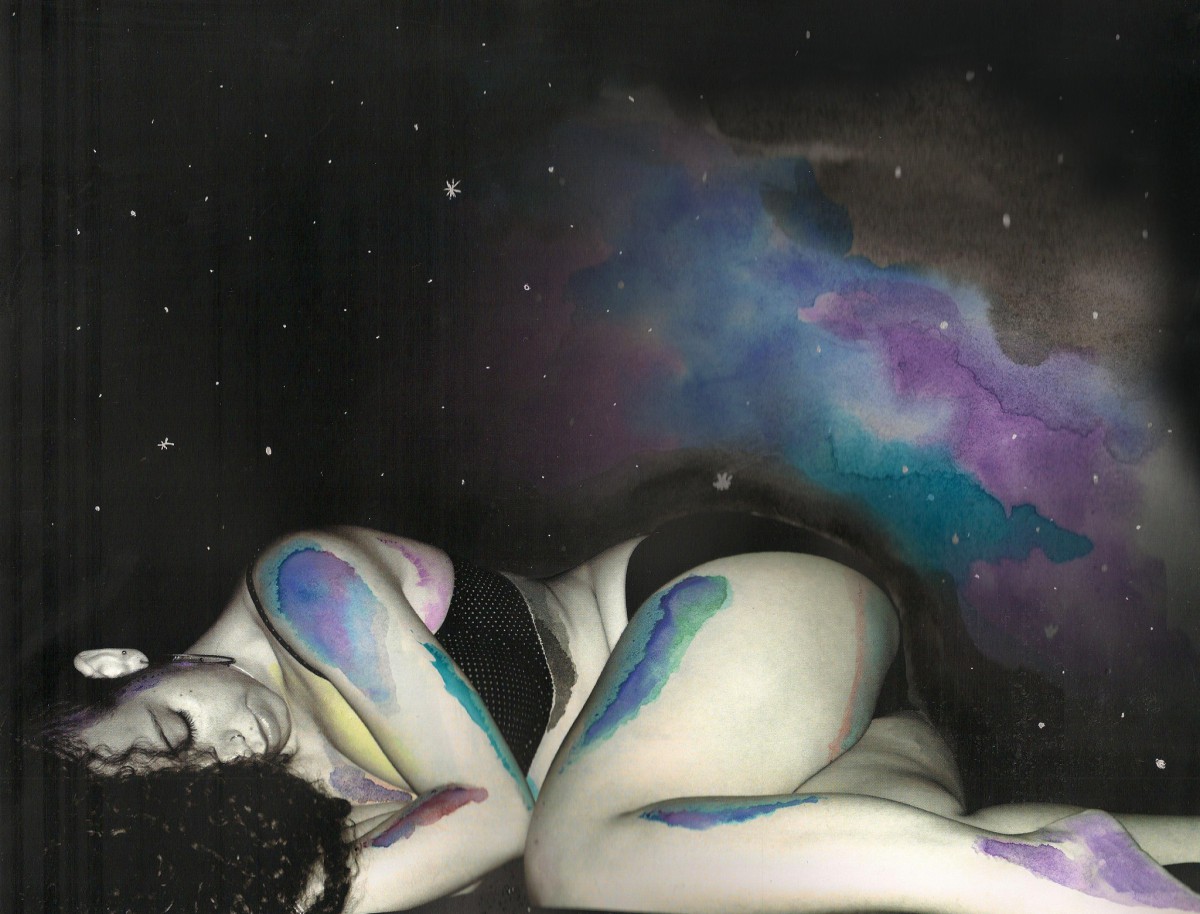 Yes, Tracy, you were right to ask: What if dark matter is
like the space between people when what holds them together isn’t
exactly love? I have eaten my share of it. I have
survived on the acrid flesh of dark matter. I have
left bedrooms with sprawls of black grease adorning my face when I was not
allowed entry into the well-lit rooms of people’s lives. I found
my palate grew accustomed to the sting, and my stomach, another black hole,
led my open mouth to this matter. Tracy, I get anxious too

when I don’t know the answers to questions, but even scientists are making
guesses. Dark matter is the most populous substance in the universe,
and no scientist has yet to give me a straight definition, free of their own
imagination. The physical world and its bodies,

forms, and substances evade my understanding while nature throttles me
to touch and taste despite better judgment. For a single day I was a physicist
and I wondered whether the Black body and the blackbody are so different
– “it emits as much energy as – or more energy than – any other body.”
We both absorb and emit with little to no talk or concern for sustenance.
What if dark matter is like the space between existence and humanity
in the motels of our lives when a Black body is at stake?

Xandria Phillips is a Diasporic, queer poet who was born and raised in Ohio. She studied creative writing and Africana studies at Oberlin College, and earned her BA in 2014. She is currently pursuing an MFA and completing her first collection of poetry. Xandria’s poetry has been published or is forthcoming in journals such as Winter Tangerine Review, Nepantla, The Adroit Journal, and West Branch.

Brannon Rockwell-Charland is a multimedia artist and musician hailing from Berkeley, California and now based in Portland, Oregon.  Her scholarship deals with historical mixed-race media representation, race in contemporary advertising, and postracialism. Much of her artistic work focuses on visual intersections of queerness, blackness, gender, legacy, autobiography, and mythology. Her photographic and sculptural work has been shown at the Lansing Art Gallery in Lansing, Michigan and at the Edmonia Lewis Center for Women and Transgender People in Oberlin, Ohio. She plans to start grad school for visual art and release an EP in the fall.

Corona Diaries: What may come https://t.co/UgALpu4P5t