This morning at 6 a.m. I got up and caught sight of the two poplar trees in our back yard, their still-emerging leaves on fire with the morning sun.

And I do my best to savour the moment, because who’s to know how many moments we have left? END_OF_DOCUMENT_TOKEN_TO_BE_REPLACED

MA: An Amazon in their early fifties. 5’10” and 170 pounds of muscle. They have a surprisingly gentle voice and a resting killer face.

DC: An older man in his mid-sixties. A nerd who dresses meticulously with good style. Somewhat robotic in his delivery.

RC: Me. In my early sixties. A playwright seeking material everywhere and anywhere.

TB: (An unfortunate acronym, under the circumstances.) The youngest at 44. A high-spirited, hot tempered red-head who’s trying to find an alternative to capitalism. END_OF_DOCUMENT_TOKEN_TO_BE_REPLACED

The thing is, for the past two weeks I have been glued to the news, German political talk shows and interviews with virologists, to Spanish newspapers, to reports about methods of containment in China, articles commiserating the exorbitant amount of deaths in Italy and Iran. I have definitely —along with a large percentage of the world population, I suppose— willingly placed myself in the ‘mass brainwashing’ vulnerable zone, if that is indeed what it is, by consuming so much news. END_OF_DOCUMENT_TOKEN_TO_BE_REPLACED

Some corona thoughts to let off some verbal steam:
– There is so so much good content being streamed and sent around right now. Live concerts from famous people, opera, authors talking, yoga… I was all excited about this, then three days in I have to finally accept that this is not a holiday in which I lay about and consume free cultural treats from people who should really be earning money from me anyway. In fact it’s the opposite. It’s a busman’s staycation with tiny unpredictable coworkers. I will not be watching concerts, I will be working when the TV’s on and building lego when the TV’s off. I will be making breakfast/lunch/dinner/dancing to gangam style/hanging washing/tidying up toys/reading stories/telling people to stop calling each other “dumb” and “blöde” then starting work at 10pm, which is the time at which my brain has just about drained itself of its binge diet of corona stories and I can focus for more than 1.5 minutes in a row without being asked for a snack/help with finding a hot wheels car that was rammed under the sofa by a sibling. END_OF_DOCUMENT_TOKEN_TO_BE_REPLACED

When we came back, there were two watchmen of the neighborhood, sitting at the entrance of our home, like two lions protecting our presence, watching the passersby.”
END_OF_DOCUMENT_TOKEN_TO_BE_REPLACED 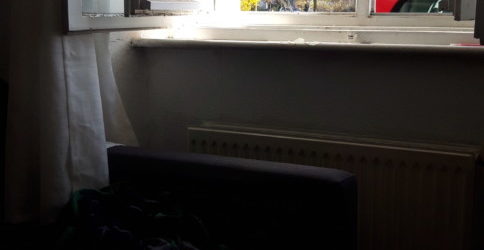 My windows are draughty. I always feel I am heating the universe when I try to get our flat warm. The old building is beautiful, high ceilings and dense spiderwebs in all those corners where I do not reach and almost never sweep. Maybe once or twice since we moved in I have stood on a ladder trying to get at the webs up in the corners, but mainly I leave them be. We like spiders. We like spiders and high ceilings and even the draught that sneaks across our wooden floors. END_OF_DOCUMENT_TOKEN_TO_BE_REPLACED