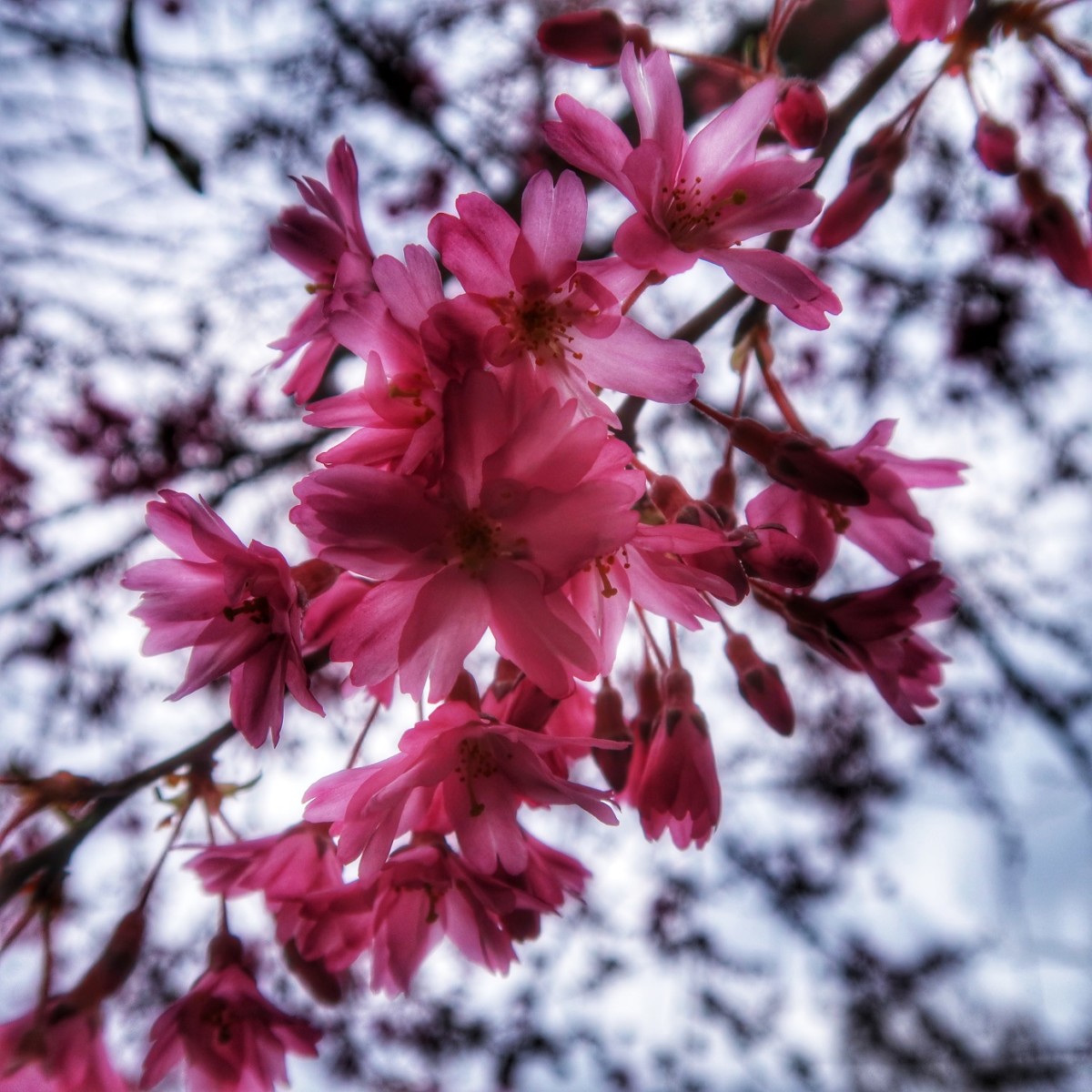 This morning at 6 a.m. I got up and caught sight of the two poplar trees in our backyard, their still-emerging leaves on fire with the morning sun.

And I do my best to savour the moment, because who’s to know how many moments we have left?

And because the whole damn thing feels so familiar. Like you saw it on TV a while back but can’t quite remember the name. At the time you just filed it away under generic disaster movie but now it’s back to bite you in the ass.

Life becomes less and more at the same time.

So if I’m reduced, it’s not a bad thing. My other life is – was – far too expansive. I frittered my days away with work, the internet, distractions. Now it’s as if I’m on a boat.

It was day one of our work-from-home routine. My workplace had just reduced itself to the max. Anyone who was able to work from home was told to do so. It’s no big deal for me. Most of my work is done online anyhow.

But the first morning, I got up, and something was different. I was different. I had that feeling I know from being on the water. From spending the summer in cramped circumstances whilst around you the Baltic Sea stretches from horizon to horizon.

That first morning, I dismissed the feeling. I figured, it’s not supposed to be like this. I tried to gear myself up for work, for a day, if not at the office, then at least at my desk.

So what did you do, whilst the world ground to a halt? What was your reaction to the biggest hiatus in the relentless productive logic of capitalism since World War II?

Ah, I just stayed at my desk. Wrote some code and a couple of mails, good drone that I am.

I had to sneak out, take time off work. Bad. Bad drone.

Worse, I had to take time off from Corona. Bad, bad citizen. Double bad stay-at-home.

I snuck out, but I took care to keep well away from people.

As wellest away as I could.

I took my bike, and took my camera, and took some pictures. Trees budding. Spring springing. That kind of thing.

It’s a dirty city, an ugly time, a vicious virus. Don’t get me talking about the state of the world. I’m not optimistic. Even if I do believe that people can be wondrous and capable of anything we set our minds to.

Even if, near the end of my sixth decade on this planet, my heart burns for revolution. Maybe even more than ever, now that it feels like it’s our only hope.

So, virus and dirt. Despair and seeking out the beauty.

I row the boat ashore from my sea-anchored apartment and go on furtive hunting trips to graveyards, alleyways, stretches of canal.

And come back with a spray of cherry, a bee on a petal, a star magnolia flower suspended against a dirty tenement block.

Or a brick firewall, an old water tower, a chapel of rest black with a couple of centuries’ worth of smog.

It’s a reflex I developed as a kid. It helps me make sense of the world.

We need the eddy and the swirl. The wind and the horizon. The tininess of a nutshell vessel and the vastness of the endlessly powerful sea. The oneness, the loneliness and the togetherness. The each otherness. The being there. The reverence, the insignificance. The fullness to bursting.

The irony of the times is that being on the water is classed as a sport. And collective sporting activities, here in Berlin at least, are verboten, as of last week.

So now we make do with memories, and pictures, routines, and doing things with our hands.

My love of the past nineteen years is a musician. We have been making music together for around thirty years now.

So we make music. It’s part of our new routine. We learn a new song a day, and every day we record a song and put it online.

Today there’s a call for musicians to play from the balconies of the city.

Maybe we’ll do it. It’s an adventure.

In catastrophic times, we’re on a journey.

Mike Hembury is an Anglo-Berliner originally from Portland, England. He’s a writer, musician, photographer, sailor, environmentalist and poet in no particular order. His novel New Clone City was published by The Wild Word. He is a member of the ClimateCultures community, the Dark Mountain Project, and the International League of Conservation Writers.
You can find out more about Mike on http://mikehembury.org/