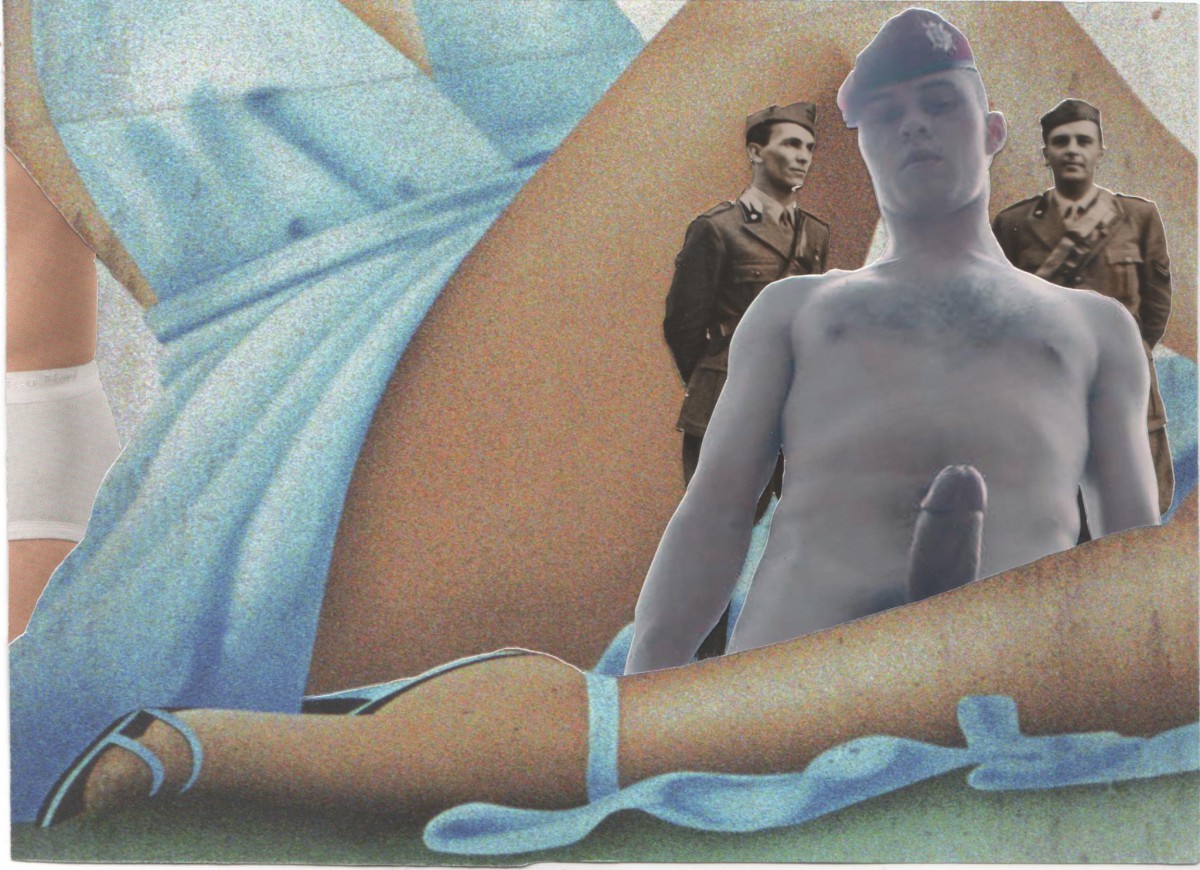 my father’s eyes
are brimming with anger
as he looks down
at my crotch.

“don’t cross your legs,”
he says as if saying not
to cross him, “only girls
cross their legs. sit
like a man.”

i want to argue; even
at ten i know better
but i’m still the son
and he’s still the father.
i peer down at my lap
and unfold my legs; womanly
waves follow luna back
out to sea.

only girls cross their legs,
i think, and i’m not supposed
to be a girl, but i don’t want
to act how boys are told to.

i want to lift up my shirt
to my ribs, expose my navel
so boys can gaze at my stomach,
tell me how cute it is and wrap
their arms around my back, kneading
the dunes where my muscles tie my
body into knots. i want to feel boys

shape me grain by grain into a castle
whose walls leave my father’s voice out
to wane as the castle-builders spread
me across the ocean.

Eric Cline is a poet living in Dumfries, Virginia. He completed his undergraduate studies in psychology and creative writing at Longwood University. His poems have appeared or are forthcoming in Crab Fat Magazine, Yellow Chair Review, and The Commonline Journal.

Alex Highet has been making collages as prizes for monthly open-mic Uke Boogie (now in Berlin, Edinburgh and Sligo) for seven years, and realised in 2015 it’s time to take it as very serious fun. He has been massaging human bodies professionally for the same amount of time. His musical project, We’re Only Made Of Snow, released a self-titled EP this year, and can be found doing solo and full band shows regularly in Berlin. Alex hasn’t won any awards, but regularly rewards himself gold stars for successes such as leaving the house or flirting with hot boys. He will have a collage exhibition running in December 2015 in Neukölln.