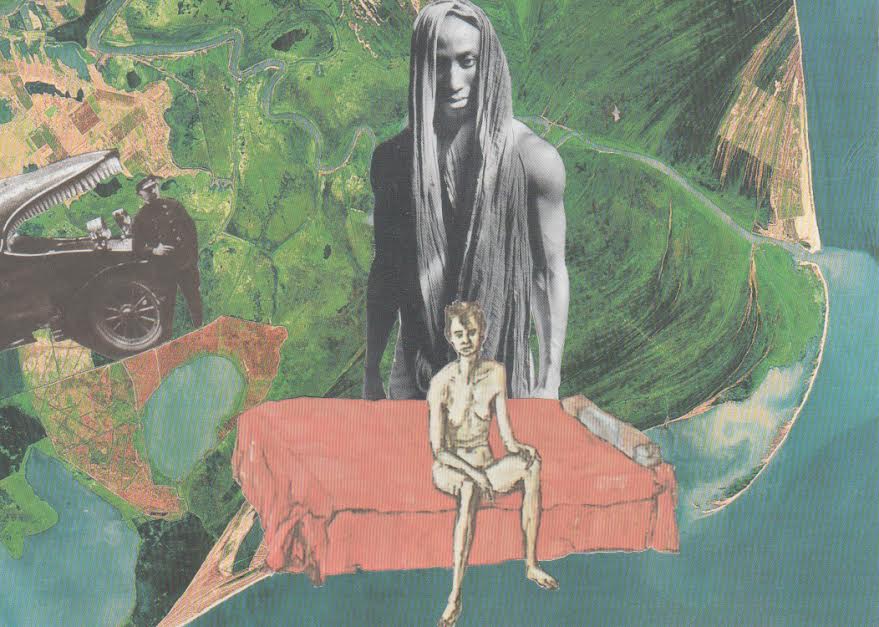 Yesterday you were a samurai in drag,

The bus driver who picked me up

from the train station asked if you

could return that piece of his soul

Staring at the kelp beds on the rocks

when the optics twist, and your request

for a dick pic was obliged. You were the first

There are so many different flavors of cola,

forever so you can always thieve a look

at tides you’ve given and take away.

Tom Minogue fell asleep on the bullet train to Hokkaido and woke up in San Angelo, Texas. He has been an Air Force sergeant, retirement community lifeguard, and disaffected barista. He resides in St. Andrews, Scotland, where he’s recently completed a chapbook called When the Howling Quits We’ll Still Have the Moon. Drop him mixtape suggestions at jivemacabre@gmail.com.

Alex Highet has been making collages as prizes for monthly open-mic Uke Boogie (now in Berlin, Edinburgh and Sligo) for seven years, and realised in 2015 it’s time to take it as very serious fun. He has been massaging human bodies professionally for the same amount of time. His musical project, We’re Only Made Of Snow, released a self-titled EP this year, and can be found doing solo and full band shows regularly in Berlin. Alex hasn’t won any awards, but regularly rewards himself gold stars for successes such as leaving the house or flirting with hot boys. He will have a collage exhibition running in December in Neukölln.