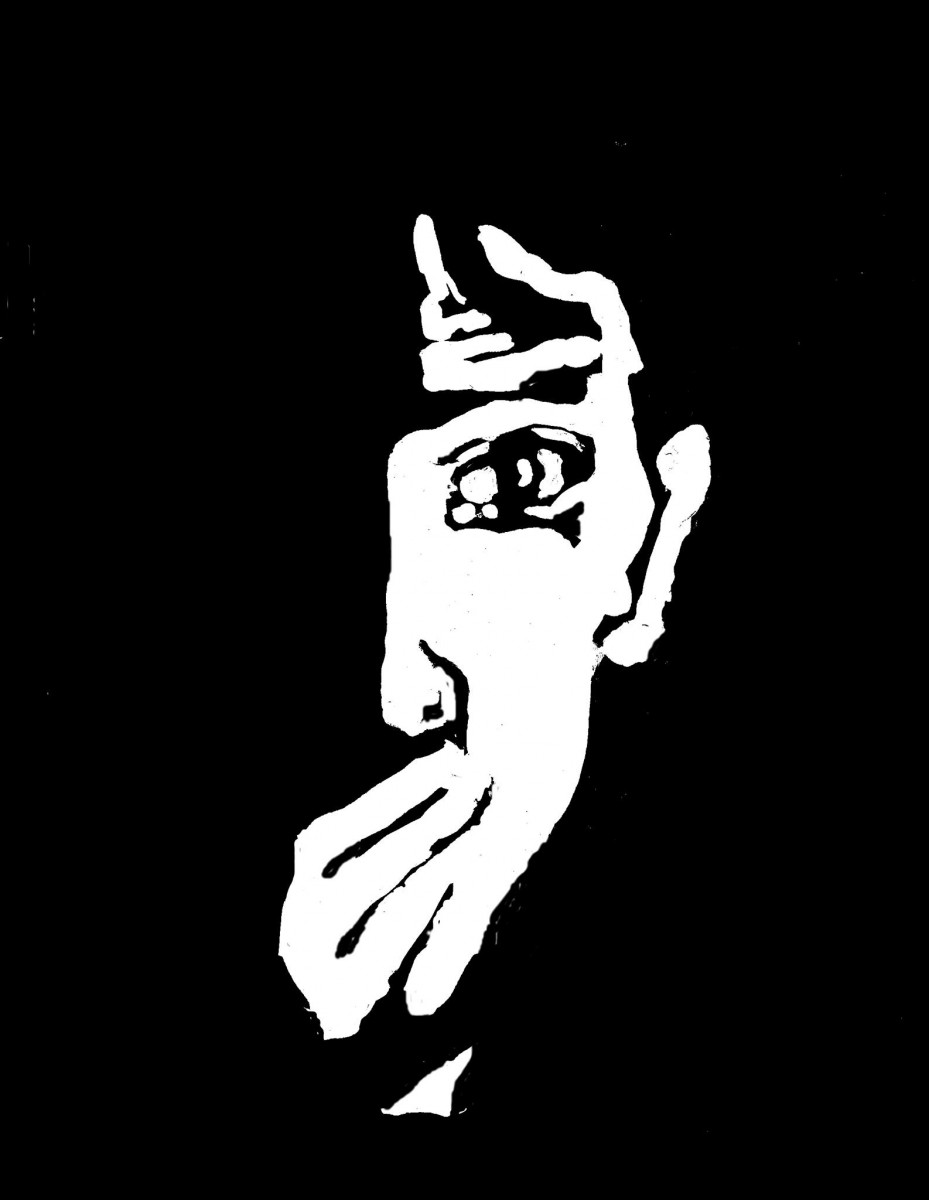 She had never noticed the gaslight lantern sitting on a small table in the foyer adjacent to the connecting sitting room. No, not that she had never noticed it, but she had taken it for granted, ignored it as people ignore their own heartbeat—just another tool expected to work. But this night she did notice the gaslight; the way it made creeping shadows jump up and down in the neighboring candlelit sitting room.

Large, vicious shadow hands groped for Edward, coming after him—or her? She would say nothing to Edward who sat across from her, sipping his tea with a slurping noise that she had always found distasteful.

“Edward,” she started, “This may sound odd, but do you know why there is a shovel in the kitchen?”

“A shovel?” he stopped slurping.

“By the backdoor. It had mud on it. Like someone had been digging. Do you suppose the gardener accidentally left it there?”

He put his tea down. “Darling, the gardener has not been here for weeks. I have no idea why there should be a shovel by the backdoor. I’ve not been gardening. Have you?” And quickly adding, “Perhaps you forgot?”

“Maybe.” She nodded. “I have been out of sorts since I got back.”

Edward nodded. “Whatever the matter, don’t fret about it. If it is there, I will take it back to the shed tomorrow.”

“Thank you,” she said, her head still down, pondering.

The shadows climbed further up the walls.

“I have to speak to you anyway. I’m afraid it’s a conversation I can no longer delay. We must go to Paris. Tomorrow.”

“Tomorrow? But—the doctors aren’t sure I am well yet.” She had known for weeks that he was going back to Paris, but she thought they’d have more time. After the baby. The funeral. The hospital.

The idea disturbed her so that she nearly broke the teacup setting it on the saucer below. Edward leaned forward, resting his hands on the cup, steadying it. He gave her a wan smile. He didn’t hate her. She knew that.

“So soon? There’s so much to do…” She trailed off, adding, “Will Fanny be there?”

Edward sighed, “Why, yes. She is my assistant. I cannot be expected to run a business without her.”

“When is departure?” she traced the indent of the saucer with her finger.

Tears flowed quickly from her eyes as she shook her head, “Tomorrow?”

Edward knelt before her and hugged her, placing her head into his chest. “Darling, I must go. I have business. Besides, this house is too big for you all by yourself.”

“Darling, again, the maids have not been here for weeks. Besides, I’ve seen to it that they have secured new positions while we are away.”

Her face became a gaping horror. “You’re not selling the house, Edward?” she started clutching him, “You can’t sell this house!”

He pushed her away, “Darling, that’s hardly something you should worry yourself about—”

“But you can’t! The baby! The family cemetery! You can’t sell this house to strangers! Oh, I knew you were going to do it!” She bunched up the folds of her skirt in her hands before putting them to her temple.

“You should not think about the baby. It only makes you hysterical. Do not worry. I will not sell the house. I want it to be ready for when you are well.” He grabbed her shoulders, “Really well. But for now I have to continue working.”

“Yes,” Edward smiled and helped her out of the chair.

She turned, “I want to apologize, Edward, for my behavior. Ever since the baby…I know my mind’s been jumbled. I want to thank you for being patient. Especially in the beginning when I was convinced that I was alright. I am getting better, and I think this trip will help. I didn’t want to say anything to you earlier, but I suppose, while I’m admitting that I still have work to do…” She paused, embarrassed, “Oh, it’s such a silly thing! I thought I saw hands reaching for you in the shadows made by the gas lantern earlier tonight.” She shook her head, “Oh, I will try so hard to get well for you!”

Edward nodded, “Pack.” He smiled. She turned, passing the gas lantern on her way up the winding staircase. As she did, she was almost sure that the table on which the lantern had stood earlier was now on the other side of the wall. She shook her head. It was good that they were leaving in the morning.

Downstairs, Edward sauntered from the sitting room to the foyer. He walked over to the table and moved the small gaslight lantern to the other side. Edward took a small pair of baby booties from his inside jacket pocket. Pink and mud-stained. He walked toward the stairs.

“Darling?” he yelled, standing next to the table, the light in the lantern flickered as he ascended the stairs, his voice cold. “For the love of God, where did you get these? I found them on the table in the foyer! You must have left them! The baby was buried in them!” The light flickered, dancing with the candlelight as he ran up the stairs.

“How did you get them?” His voice was frenzied now, echoing in the foyer downstairs. “My God!” he cried. “The shovel downstairs…Oh please, tell me you didn’t! Not our baby!” he shouted.

She wailed before her shaky voice echoed below, “I don’t remember! I’m so sorry. It’s not me!” And then “Take me back to the hospital! You must leave me there! I cannot wait until after Paris!”

In the calm downstairs, soon to be broken by the swift departure of a man and his wife, the flame of the lantern was strong and steady. It encompassed the entire foyer now and soon overtook the sitting room, convincing the candlelit room of its own darkness.

Amanda Stevens is a Ph.D. student currently living in Tuscaloosa, Alabama. Originally from Cincinnati, Ohio, she has discovered that the climate of the South is more conducive to her writing. She is the author of “The Man in Black” a short play that is due out in a book, Inside the Tornado, forthcoming from the University of Alabama Press sometime Spring 2016.

Ian Cockburn is an art dilettante: Paintings, illustration, comincs and music with the band The Seven Inches.
sparkledebacle.tumblr.com
www.facebook.com/Ian-Cockburn