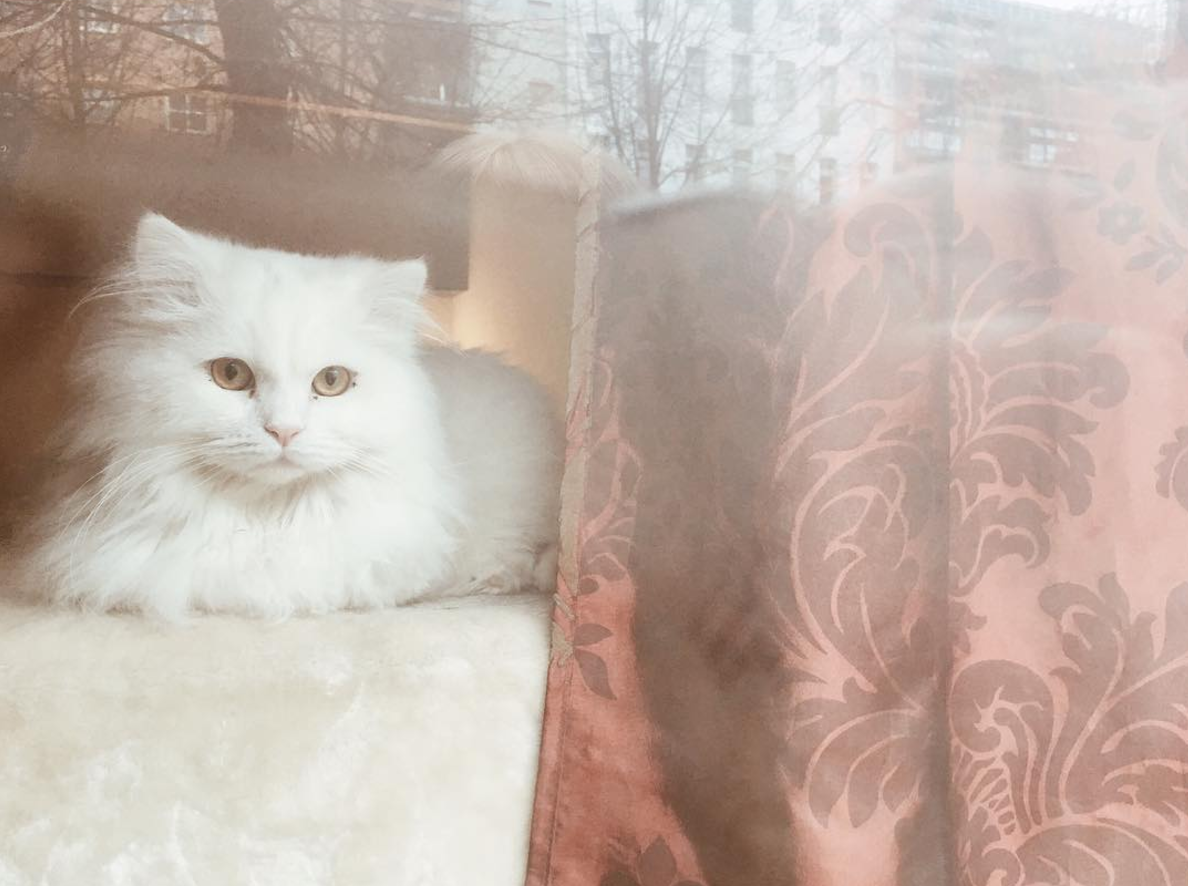 The retirement home for viral animals is a bleak place, as you might expect. We’re a bunch of washed up critters, faded stars with nowhere to go. But don’t render us redundant just yet, good viewer. We may still surprise you, like we did before.

We’re a varied bunch here. There’s Hamish, the Tea Cup pig. Or that’s what they thought he was. He racked up 70 million views toddling round his owner’s house, squealing like a giddy schoolgirl. The world adored him. And so did his family. Until he outgrew the teapot. Then the fondue pot. Then the bathtub. Everyone stopped finding Hamish cute when it transpired he was a pot-bellied pig with an under-active thyroid, and he wound up here, bouncing off the walls. Making a racket.

Then, there’s Daphne, the howling husky that can say “I love you”. Or could. Her owners made enough cash from the ad-clicks on that vid that they upped sticks and set sail for Barbados. That was no climate for a husky, so Daphne turned up here with a broken heart. She still tries to speak, but no-one listens now.

Definitely not Dennis. I’m still not sure what Dennis is, exactly. Something between a chipmunk and a shrew? Anyway, Dennis’s special trick was this — to suddenly spin around in shock, whilst the camera zooms in. Except now there’s no cameras. Still, it’s Dennis’ thing, so Dennis does it anyway. But here, it just tends to put people on edge. Dennis scared Nurse Cynthia shitless the other day, sending a tray of cups and saucers skyward. Hamish, who’s body dysmorphia still renders him tea cup sized, launched into the fray, causing more carnage. Nurse Cynthia has since gone on sabbatical.

There’s also Tony, the tortoise that hit headlines for humping a boot. Tony’s case is perhaps the saddest of all. Those weird noises he made that delighted millions? Cries for help. Tony is a registered sex addict. And don’t forget Wendi, the cute sneezing panda. The truth? China’s number 1 coke fiend.

Me? Well, you probably recognise me. I’m the original, the one who got you talking in the first place. Maybe you thought I was dead? You wish, sweetheart.

I am the keyboard cat. A viral feline. See me with my arms outstretched. Take a glimpse at my purrfect talent. Why not watch me again? And again? I’m the perfect distraction, don’t you think. A modern day mozart to send the view-count sky high.

I have been everywhere. Beamed into warzones. Slap bang onto a child’s eye. I deliver every time. Extracting cackles like they’re going out of fashion. I’m a Buzzfeed bitch, a social media all star. I’ve got stats that Kim K could only dream about, and more talent to boot. Stick a pair of tits on me whilst I play and watch the internet truly break.

They say cats have 9 lives. Turns out I have roughly a billion, and counting.

It took its toll though, this fame. The alley cats couldn’t look at me the same. They hissed and whispered. Some stuck out their arms and mimicked me, playing along to the jazz bar overspill. Others said I was a traitor. A clown. But there’s a phrase I coined for cats like that. “Haters gonna hate”.

Problem with me was, I never was able to bend my legs again. I don’t know if you noticed when you watched me, but that’s not how a cat’s supposed to look. That, ladies and gentlemen, is an animal in agony. Hours in a straight-jacket, hurling my body from left to right, with my psychopathic owner Billy hopping fiendishly, ramping up the voltage, screeching -“you’re gonna be a star! You’re gonna be a star!”

And I was. For all the good it did me.

I rode the showbizz wave for a while. Turned up in Vegas, bashed out another panic-induced symphony to an adoring crowd. I wore sunglasses. The audience thought it was cute. The truth was that they were there to shield my bloodshot eyes. No-one wants those flashed back at you.

I stuck it out, for the after-parties mostly. Went on tour. I thought the whole world was laughing. Which I guess they were. Most of the time I was off my teats on catnip. Top tip ladies and gents. When you are an inebriated pianist cat with legs frozen static and you try your very best to dance, the laughing that follows is very much at you. Not with you. Just like it always was. At all of us.

Turns out though, we’ll have the last laugh.

So you turn your attention elsewhere? Our likes have dried up, our views stagnate. But you know what still remains? The scars. Hamish’s snout still smarts from barreling into a bin for the pleasure of billions. Tony’s voice is a croak a minute, and that’s not the only thing of his that’s broke. And Dennis? You don’t even wanna think about that whiplash. Now you turn your attention to a new school of animals, all in HD. That White House orang-utan? I don’t know what his trick is, but I bet it ain’t pretty. We were analogue originals baby, VCR and proud. You want lardy-arsed megastars who threaten to ‘break the internet’? Listen up, kiddies. We made the internet. Only we can break it.

You, the great unseen. You, who lapped us up, chewed us up and spat us back, over and over again. Some of the comments still haunt us, you know. Reggie85 — “that’s nothing, my cat can play the drums.” BarbieGirlxxx — “ewww that pig is so creepy i just wanna kill it LOL”. DeadlyDave- “fukin lil hamster looks well gay” — KittyPrincess177 “THAT TURTLE SOUNDS LIKE ELMO”.

Yep, we’ve hatched a little plan, the lot of us. We’re gonna get famous again. Thing about the internet is, it’s never far away. Dennis did some digging in the garden, and what he found, shocked him. Naturally.

We had a look and all agreed. It was the internet. A fibre-optic cable slithering through the soil. The one we had travelled up and down a billion times. At your demand. At a press of your greedy fat finger. One thing that video didn’t show you? I’m also a fucking whizz with a pair of garden shears.

So here our terms dear viewer. Make us go viral again, 2 billion views by nightfall, or the internet gets it. And you know what the means. Say goodbye to your furtive communication. Say goodbye to dickpics, deliveries and E-dating. Watch your precious planes drop, your cities fall. No more Gangnam style or Harlem shake. No more babies biting fingers or pop princesses flashing ambiguous genitalia. No more Adele. No more illuminating Illuminati theories, no more Wikileaks or Wi-Fi. No more online creative writing journals, lifestyle blogs, or “ain’t nobody got time for that.”. No more news. No more noise. No more minute-by-minute updates from every corner of the world.

And no more me, the original entertainer. The one you still go to on cold and rainy Wednesdays when all other joy fades away. You’ll have to face the world again. Imagine.

I’ve got a feeling you’ll do it. Why? You’re not ready to say goodbye. Plus, I’m a talking cat. Is that not worth a god-dam share or two?

Dan Ayres is a British writer inexplicably born in Uganda, reared in England’s Westcountry and now merrily based in Berlin. A lover of all things surreal and fantastical, Dan is increasingly drawn to writing stories and poetry that wrestle with the momentous impact social media and technology is having upon our day to day lives. He also likes stories with cats in them. You can check out some more of his words here: https://medium.com/@danielayres