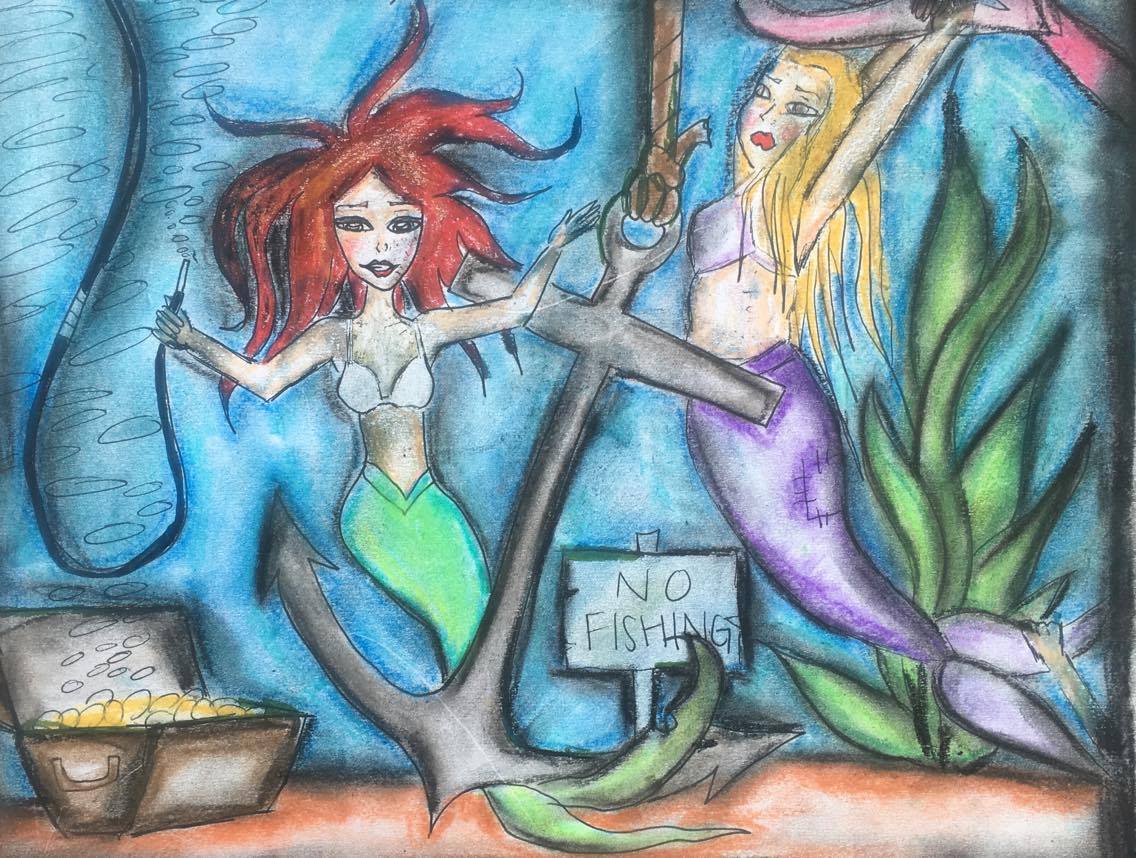 to air tubes, stiff arms crutched, puffed
and dreamy within the blurry spin of the sea.

Knife wants the women on the walls. Cheeky
faces, bubble hips, those black and white ghouls

in costume, collected. He wants that murky ship
galley, those painted bolts and moldy knots.

as he feeds her popcorn through the port hole,
every seed and peg popping.

Knife does not care about the day you died.
He says, amputation. He says, hold still.

He refuses to put you on the sea stage
with those anchors tied to your ankles.

Through such filmy glass, the frantic blur—
Knife wants to cut you from the story.

He is parting the black box from my hand.
He wants his redhead in slippers and limp fin.

Kristen Clanton was born and raised in Tampa, Florida, where the mermaid show at Weeki Watchee Springs has had it’s handle since 1947. She graduated from the University of Nebraska, earning an MFA in poetry. Her poetry and short fiction have been published by Bicycle Review, The Birds We Piled Loosely, BlazeVOX, Burlesque Press, MadHat Drive-By Book Reviews, MadHat Lit, The Mangrove Review, Midnight Circus, Otto Magazine, The Outrider Review, Ragazine, Quilt, Sugar House Review, and The Sound of Sugar. She has work in the forthcoming issues of Furious Gazelle.

Amarie Carden is an artist, actress, and Master Cosmetologist based in Atlanta, GA. Her hobbies include cutting things with fire, avoiding ever becoming an adult, and convincing people that most problems in the world can be solved with either bacon or glitter (but never both).