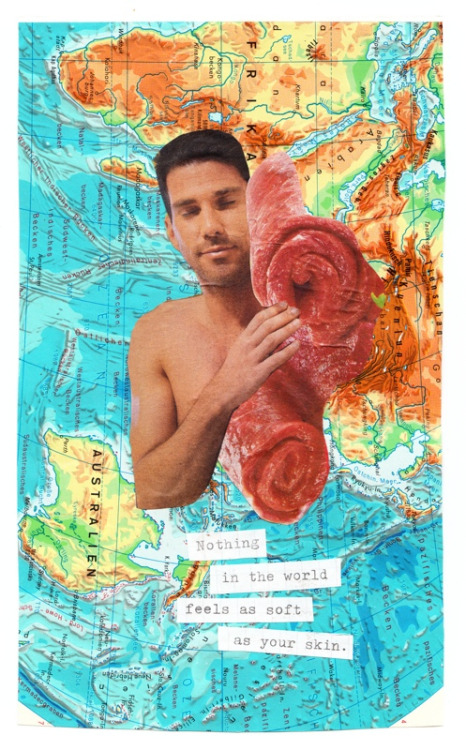 If you want to be

cheddar cheese all over

your body until your body

becomes a river where dogs

piss when their owners

abandon them on sidewalk

that time you got K so drunk

her eyes gleamed opaque as

twilight just so your hands

while she slept without

owl is watching me,

i spilled  my gin inside my thighs

& pretend to sext a guy i met

or thin as guitar strings?

pics or it didn’t happen

he told me to make a wish

for the world  to end before midnight

i wonder if he thinks of me before  he takes a shit,

a mosh pit of sting rays

dead men are the only men

that must be why i’m in

come over? let me know when

yr body is no longer

in yr house & no longer yrs

Joanna C. Valente is the Managing Editor for Luna Luna Magazine. She is the author of Sirs & Madams (Aldrich Press, 2014) and The Gods Are Dead (Deadly Chaps Press, 2015), and received her MFA at Sarah Lawrence College. Her second full-length collection Marys of the Sea is forthcoming from ELJ Publications in 2016. She also has a chapbook, Xenos, forthcoming from Imaginary Friend Press. Some of her work appears in The Huffington Post, Columbia Journal, BORT Quarterly, among others. She founded Yes, Poetry in 2010. Her ghost resides at her website: joannavalente.com.

Jane Flett is an over-excitable pervert with a penchant for ridiculous metaphors and glitter. She’s won various awards, including Salt’s Best British Poetry (2012) and Wigleaf’s Top 50 (Very) Short Fictions (2014), but she’s still waiting to be presented with her honorary tiara and tankard of gin. When Jane’s not writing, she likes to play cello with Ambika in the riot grrl band Razor Cunts, teach creative writing courses through The Reader Berlin, run festivals, host queer events, and rollerskate down Tempelhof runways in hotpants. http://janeflett.com