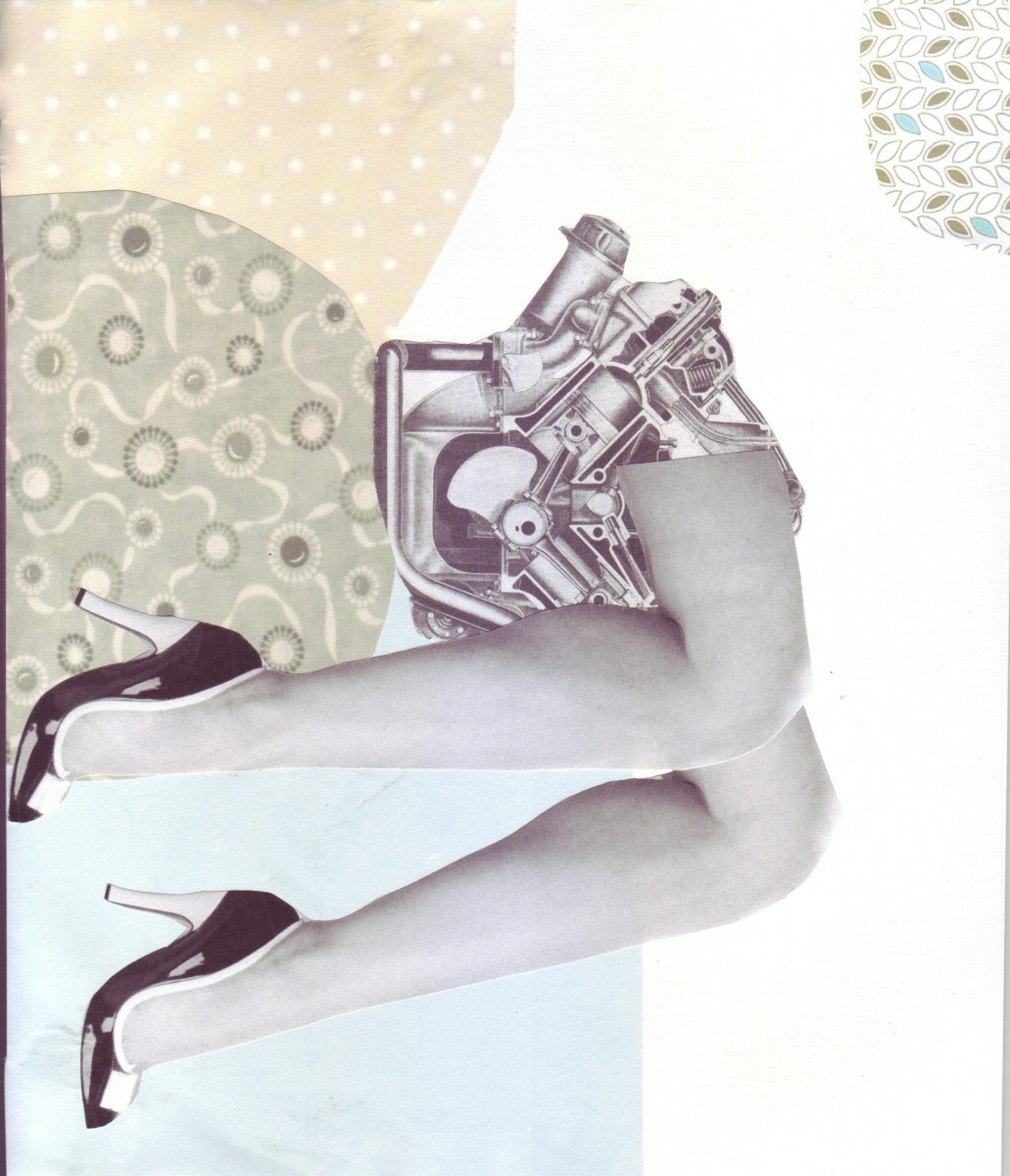 In the desert, an egg will fry at 158 degrees, water will boil at 212.
The torsion of the double mixer spinning sweetly through batter,
through afternoon fly swarms and furious shining. In the desert,
we live big, all neon and waving cowboys, all sprawl and liquor stores.
The quick silver of vanishing cars on the horizon. Everything moving
away from the unravelling middle. Toward travel centers and motor lodges.
There’s no honey in our honeymoon, no sugar in our saunter.
The back roads open to the broad goodbye, one hand waving from the car,
the other palming matches, the ragged map. In the desert, things burn freely,
and suddenly. Give way freely and suddenly to gold.

A writer and visual artist, Kristy Bowen is the author of several book, chapbook and zine projects, including major characters in minor films (Sundress Publications, 2015), the shared properties of water and stars (Noctuary Press, 2013), and girl show (Black Lawrence Press, 2014). Her work has appeared most recently in Split Lip Review, Hound, and Whiskey Island. She lives in Chicago, where she runs dancing girl press & studio and spends much of her time writing, making papery things, and curating a chapbook series devoted to women authors. Her next full-length collection, salvage, is due out from Black Lawrence Press in 2016.