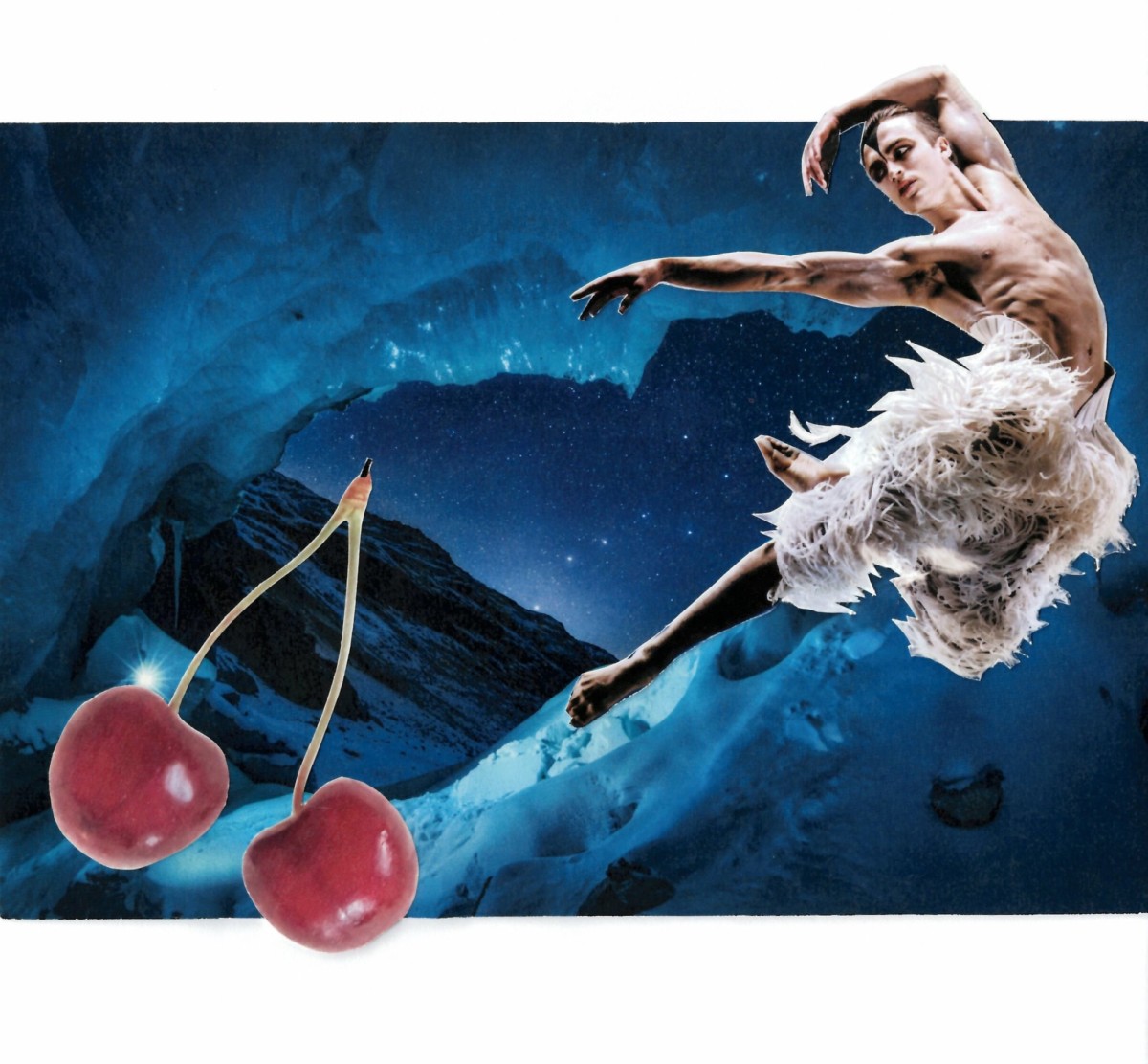 The Aunt Eater never wears socks, and I’m always surprised at the thrill of seeing his tan, strong ankles. I’m not sure when he started consuming aunts, but I don’t think it’s his only sustenance. I overheard him telling my older brother about a tasty barista once. I started losing aunts to him when he moved up from Florida.

Aunt Lisa was the first. She wasn’t really my aunt, but I didn’t know that. Growing up my mom called all her friends ‘Auntie so-and-so’ because she thought it was cute. I found it confusing when I tried to tally my aunts and could never get the right roster. Friend ‘Aunties’ never joined the official troupe.

So one day Aunt Lisa tossed us into the ring. Began the big show. She showed up to my birthday party with this enormously tall car salesman, a walking joke machine. We all loved him. Especially Aunt Sara. Aunt Sara was in the official family circus, though we all liked Lisa better. Turned out the Aunt Eater liked Sara better, the first sign that something was wrong with him. Who likes Aunt Sara? All she ever brought over was seltzer water and white wine. Aunt Lisa left the party without the Aunt Eater, and we never saw her famous coffee cake again.

The Aunt Eater wasn’t a total idiot; he tired of Aunt Sara pretty quickly. He set his sights on another aunt, and soon burned right through the whole pack of them. Thus began a never-ending group audition to be the star of the spectacle. But the Aunt Eater isn’t the ringleader. He isn’t even the strong man. He’s more like a sleek caged tiger on the prowl for a way out of captivity, devouring anything in his path. My aunts are swinging their trapezes, steering their ponies, pole vaulting right into his maw. Do they think his bottomless hunger could lead them somewhere else, open the door to a wild kingdom beyond the tent flaps?

My aunts are caught performing an uncontrollable wildfire of passion and jockeying for position, trotting out old jealousies and betrayals. A dark cabaret. It ceased being about him, and became a vehicle for asserting dominance and control. For inflicting revenge and boosting ego. It seemed he was winning at times, but there was a distinct sadness to his pinball streak around the family tree.
No one pays any attention to me, I’m the middle child of a middle child, caught in the doldrums of family life. Someone needs to sweep up the sequins and feathers instead of wearing them. Once I put my whole hand in my mom’s soup bowl and she just kept eating and talking to her sisters as if I wasn’t there at all. The upside is that I hear things. The downside is now I know things I wish I didn’t.

Aunt Isabelle was mad at Uncle Steve for losing three months worth of wages in a card game. She said “I’m not feeling well,” and went to the other room. After forty five minutes Steve thought she was waiting for him in the car, so he went to grab his coat. In the closet, Isabelle was on her knees and the Aunt Eater was trying to get his pants back on. Glitter and rhinestones littered the floor. I still find shiny bits in my boots that were stowed there.

In June we went on a camping trip. I took a canoe around the bend to find Aunt Georgia imitating a dying bug, like a new acrobatic trick, legs in the air, her back on a boulder, the Aunt Eater inspecting her shell — or wait — shit, gross. The only death she was circling was la petite mort. I paddled away.

I wonder if my multiple aunts were supposed to be one organism — like the quaking aspen, linked with a root desire — enmeshed, a below ground brain trust. Maybe their separate feet are just an illusion and they dance the same cha cha because they’re interlocked with thready plant fibers tugging at their heels.

Or is it DNA — do the countless spiral staircases inside hardwire us to chase after the same goals? Or nurture — social animals assimilating, clicking on the same YouTube videos, every viral sensation just a desire to share a minute with everyone, or to have a parallel experience, even as lame as watching an autotune joke? Or maybe karma, fate, a curse?

Sometimes adults seem like they know things. Sometimes it’s so clear that they do not. The Aunt Eater makes a fool out of my whole family. They turn themselves inside out to be the flashiest attraction — to get the spotlight for a brief vaudevillian moment. It makes me embarrassed to be genetically tied to them.

Then, a year after he first arrived, I was on the couch, thumbing through a book, when the Aunt Eater walked by. I was sure he hadn’t seen me. But he stopped, turned his glowing amber eyes on me, and said “Happy Birthday, Darlin’” with a wink. The blood pumped to my cheeks, my throat, seemed to bloom right out of me as I realized I would be as foolish as the aunts. I would enter this bigtop tent of burlesque romantic warfare. A blissless sisterhood. Becoming their unlikely Snow White would be better than being ignored. I lay right down on the rug, thinking, this is what it takes.

The Aunt Eater went down to his knees. He placed his head delicately on my stomach and started what I assumed was turning into a slow, subtle seduction. But the slight shuddering of his body wasn’t restrained, building pleasure in preparation for the main event — he was sobbing. His tears soaked through my sweater as I wrapped my arms around him. I heard whispers of calliope music wafting from the kitchen. The aunts turned their attention from the carcass in the oven, to us.

Melissa Saggerer has been a bellhop, a museum curator, and a library director. This is her first piece of published fiction. She lives in New Hampshire, where she’s working on her first novel. Find her on twitter @MelissaSaggerer.