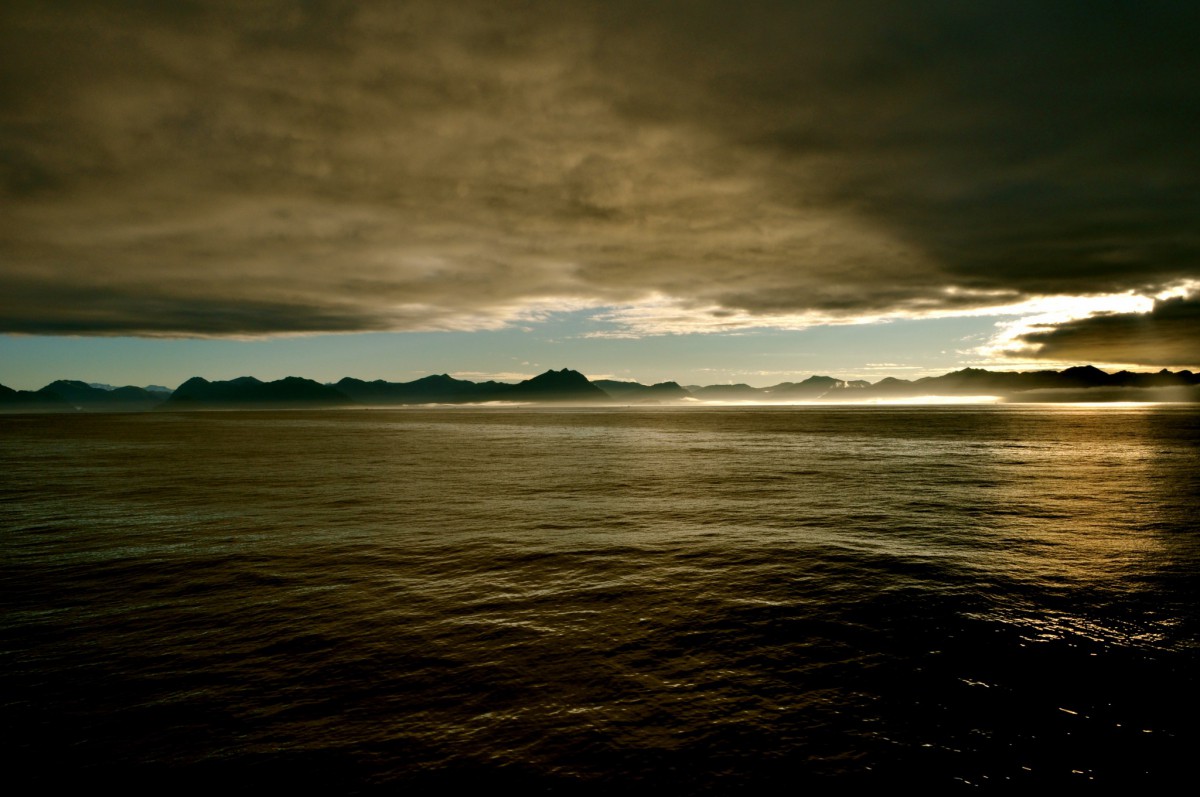 The world was now completely covered in light. At first it was subtle, the stars began to fade around the cities. Soon it reached the suburbs, then the mountains and the sea. It became impossible to study the skies anymore, and most astronomers had given up or hanged themselves outside of the Electric Company as a final protest. No one dared ask the E.C. to turn off its lights because the E.C. was not to be trifled with. That was years ago. In the end, many people preferred the light anyway.

Charles Rudnick worked at Sky Mall. He became enraged when anyone would confuse his place of business with the overpriced airline catalogue selling mechanical reptile feeders.

“We aren’t that Sky Mall,” he’d say. “What we do is visionary.” Every Sunday Rudnick would take out a seven-inch ad in Cooking Light. It was a magazine that catered mostly to middle-aged vegetarians and sad New Englanders.

If not visionary, Rudnick’s business was certainly unique because he and his team of three Greenpoint single fathers studied the structure of clouds. On overcast days, they would hoist one another into the air using a modified camera crane from UPN 9 that Rudnick bought off the station for a thousand dollars. A great deal, he’d decided. Once up in the air, they would yell down the subtle differences in the day’s clouds, and Rudnick would input the perceived structure into his computer, which then gave them a 3-D rendering of the cloud. Most of the time the renderings looked like boxes with blueberries in the middle, but a small few had inexplicably divine order to them that left Rudnick gassy and excited.

His office, a modest location with four desks, one phone, and cat-plastered wallpaper stood next to Three Kings Tattoo. Sometimes drunk teenagers would wander in, during that twilight period just as the tattoo parlor was opening and Sky Mall was closing. Before the lights switched on and blocked out the night.

A boy wore an ironic-looking hat and smiled crookedly as if he’d designed his mouth that way to be disconcerting. “You don’t look like you know the first thing about ink,” he said.

“We don’t,” said Wellesley, the kindest and most hapless of Rudnick’s co-workers.

“Then what—what’s going on here?” He looked around at the maps of the stars and of the blueprints of myriad clouds in designs that immediately haunted him. The posters and printouts on the wall nearly covered the feline marmalade designs on the wallpaper. “Why do you have cats on the walls?”

“It was like that,” said Wellesley. He sat in the leftmost corner of the room, away from the windows.

The boy left. Little jangly bells that Wellesley had installed clanged after him.

Rudnick had become interested in clouds when he was twelve. That was before the Sky Mall catalogue debuted, and he maintained that they should change their name. Rudnick believed the business of the sky was the future, and his education at The University of Phoenix Online gave him the confidence and basic architectural skills to infer that clouds were not made up of molecules, but of small building blocks called “scroons” that could take the shape of anything in the known universe but usually resembled a bunny or a car.

It was on the 25th of November, when it was about to snow, that Rudnick’s co-worker, Herbert, sat down across from Rudnick and said, “I think God made the clouds.”

Rudnick moved aside his cloud-shaped paperweight that his ex-girlfriend had given him. He looked through his bubbling lava lamp that gave him ideas in varying shades of green. “What does God have to do with anything?”

Herbert scratched his head. His hair was thinning and the sides grew bushy around his fiercely aggressive ears. He had the belly of a much larger mammal, something predatory that had been driven to extinction centuries ago out of fear and envy. “A lot, probably. I guess,” he said finally.

“Well look—” By now, Leonard and Wellesley, the other two single-father coworkers listened intently from their metal desks only a few feet away. “I’m not going to get into some theological discussion with you over God’s relevance in the cloud industry.”

“That’s just it,” said Herbert, running his hands over his belly. “What industry? We’re the only people who do this. I’ve been working here for four years, and all I’ve done is look at clouds and answer phone calls from people trying to subscribe to Cooking Light.”

“That is—that is a gross overstatement, Herbert.”

Rudnick stood up. “Are you saying you don’t believe in scroons?”

Herbert sighed. “I never did. I just needed the healthcare.”

Herbert took a manila folder from his desk and left. A few snowflakes pattered his head on the way out the door.

A moment of awkward silence passed between the three remaining men.

Finally, Wellesley broke in. “Do they still make Converse sneakers?” he asked, meekly.

Rudnick sat back down. He moved his paperweight back to its proper position. “I think so,” he said, but Rudnick didn’t know.

Herbert’s resignation unsettled Rudnick on the walk home that night. He hadn’t seen it coming. He wondered what Herbert’s son thought of him as he gazed mindlessly into the flashing red hand across the street. He imagined the force behind that light and how impenetrable it was. It was strange to think that a traitor had worked for him all that time. Did he work for the Electric Company, he wondered. Were they watching him? And why was God suddenly his enemy? He’d never taken Him for anything more than a kindly older man like Alan Arkin.

Later that night, Rudnick sat in his one bedroom apartment on 125th street eating a tub of vanilla Häagen–Dazs with his shirt off. He’d come across a Who’s The Boss? marathon and had hunkered down for the night. A red ticker ran across Tony Danza’s jeans saying something about a severe blizzard. Bands of whipping ice lashed the city skyline, over which the eternally lit eyes of the E.C. tower flashed green and purple. Rudnick ran his sticky finger pads through his brown hair. Then, the lights went out, and he was alone.

Around him, small rodent claws scratched a pile of dishes, and he smelled the sweet melt of ice cream. He sat, terrified in the darkness. His eyes did not adjust. They were drawn to the window, glowing from above. It was so bright, Rudnick had to shield his eyes at first. He moved toward the glass, twisting open the blinds.

The moon fell out of the black sky, and only thousands of clouds now lit fluorescent and glowing like neon constellations. Rudnick saw remnants of his childhood. He saw his mother in the clouds, her hands suddy and wrinkled from dishwater. There was his dog and the spotted gopher it used to hunt. The clouds formed brilliant maps to the unknown, solar systems far out of our reach and the blueprint to love.

He ran his palm in greasy streaks along the window until he could not stand the clouds’ intensity anymore. The scroons wrenched his body taut against the glass. His bare nipples felt like water and the windowpane began to crack from his weight and force. A current ran through him.

Rudnick read each scroon like a hieroglyphic, each standing for something sacred and forgotten that once meant more than its form—archaic, unforgettable in that it was both a key to our minds and a reflection of it.

He considered that every person who experienced the sky that night would forever be connected like virginal lovers, and they would at once share their entire histories and be completely incapable of ever describing the moment, save for the faint scent of cream and the crack of glass against their soft skulls.

He had never been so close to God, he thought, and then the lights surged back on, and the sky blinked back into obscurity.

Matthew Di Paoli received his BA at Boston College where he won the Dever Fellowship and the Cardinal Cushing Award for Creative Writing. He has also been nominated for the 2015 and 2016 Pushcart Prize and won the Prism Review Short Story Contest. Matthew earned his MFA in Fiction at Columbia University. He has been published in Post Road, The Great American Literary Magazine, Neon, Litro, CURA, Squalorly, Carte Blanche, and Gigantic literary magazines among others. He is the author of Killstanbul with El Balazo Books, is shopping a second novel entitled Holliday, and is teaching Writing and Literature at Monroe College.
matthewdipaoli.com