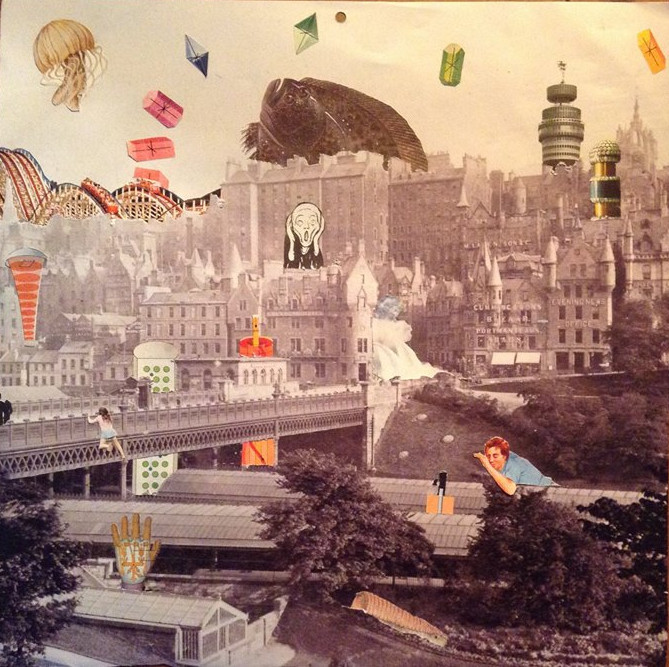 Some people get everything

Later, kissing the inside of her leg
I think of salmon
Wild caught and orange and I’m so hungry

With the body sleeping
I can yell
“Believer, oh believer
Believe this”

Grace Yamada (b. 1990) is a Canadian librarian in New York. She holds degrees in art history and information science. She also serves as chief dramaturge and literary consultant for The Constellation Project, a science fiction theatre collective.

Alex Highet has been making collages as prizes for monthly open-mic Uke Boogie (now in Berlin, Edinburgh and Sligo) for seven years, and realised in 2015 it’s time to take it as very serious fun. He has been massaging human bodies professionally for the same amount of time. His musical project, We’re Only Made Of Snow, released a self-titled EP this year, and can be found doing solo and full band shows regularly in Berlin. Alex hasn’t won any awards, but regularly rewards himself gold stars for successes such as leaving the house or flirting with hot boys.