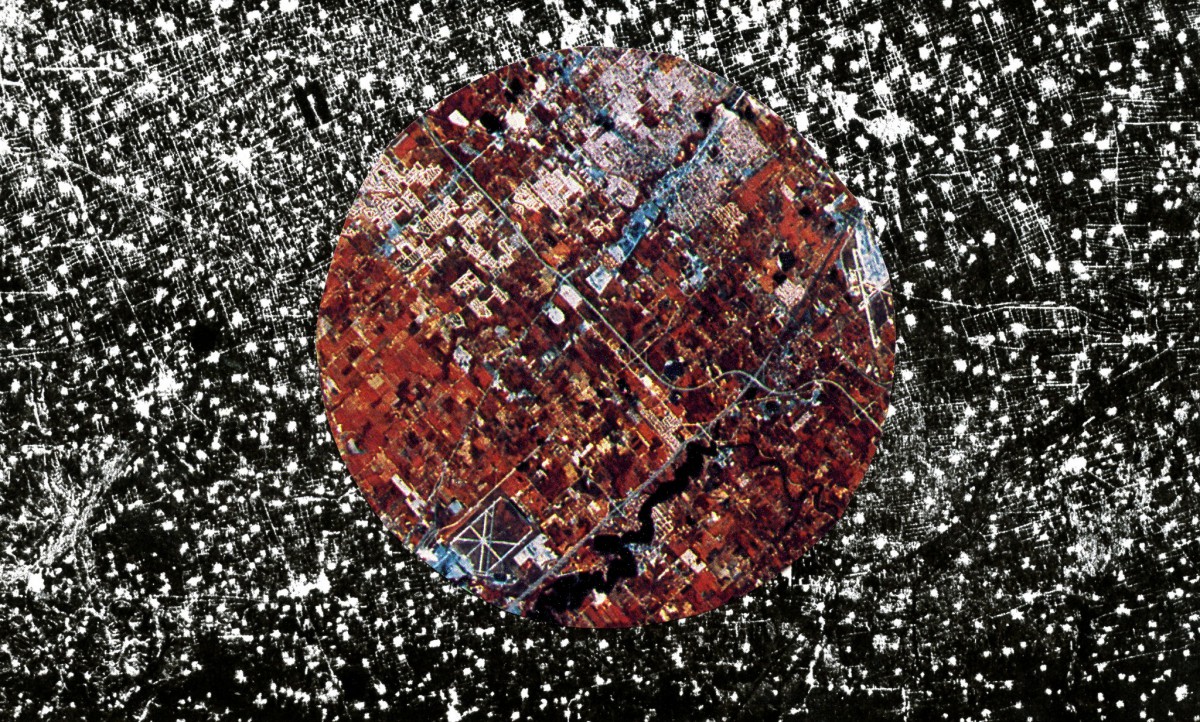 eclipse the habits of my lifetime,
dust off my boots, walk the craters
and frozen lakes of my skull. If anyone
asked, I’d say yes to orbits and satellites,

would order a main of impact basins and finish
with freeze-dried ice-cream. I would populate the dark
with ghosts of my own and on certain days, stuck down here,
I remember it all – summers burning plastic in woods, night-long
fasts, the smell of mom’s hairdresser; wet, singed hair flowered with
alcohol and I know there is no honey or blood and no cheese nor face
begging for a flag and how sad I am when myths wane – all the chimps,
snakes and sounds went up to drown. If anyone ever asked I’d like to say
yes, somewhere out there, yes, she’s a patron of the arts, yes, she pulls,
yes if there is anything but crust and magma I will lift my red nose up
in winter and beg to be told to tide whenever she is swollen and zaftig.
I might cut my hair in slivers, might darn old socks and make time
to walk outside where I can see (but not touch) my lanky breath,
might bake a cake iced gibbous and ready for any ghost
who knocks. They tell me tonight the moon will return

fully dressed in her best gambling gown,
ready to be seen as she truly is;
as I may one day be known
from a distance, in tux

and tails. Tonight, I will
look up. Tonight,
I will look.

Ryan Van Winkle is a poet, live artist, podcaster and critic living in Edinburgh. His poems have appeared in New Writing Scotland, The Prairie Schooner and The American Poetry Review. His debut collection was published by Salt in 2010. His second collection, The Good Dark, was published in May 2015 by Penned in the Margins. As a member of Highlight Arts he has organized festivals and translation workshops in Syria, Pakistan and Iraq. He was awarded a Robert Louis Stevenson fellowship in 2012 and a residency at The Studios of Key West in 2015. Find his website at www.ryanvanwinkle.com

Faith Eliott is an artist and musician based in Edinburgh, Scotland. They graduated from Edinburgh College of Art in 2014 with a BA in Sculpture. Their visual work tends to jump between murky folklore and pastel gore. They write songs with overgrown lyrics about loomy, scrambling creatures and death. faitheliott.com