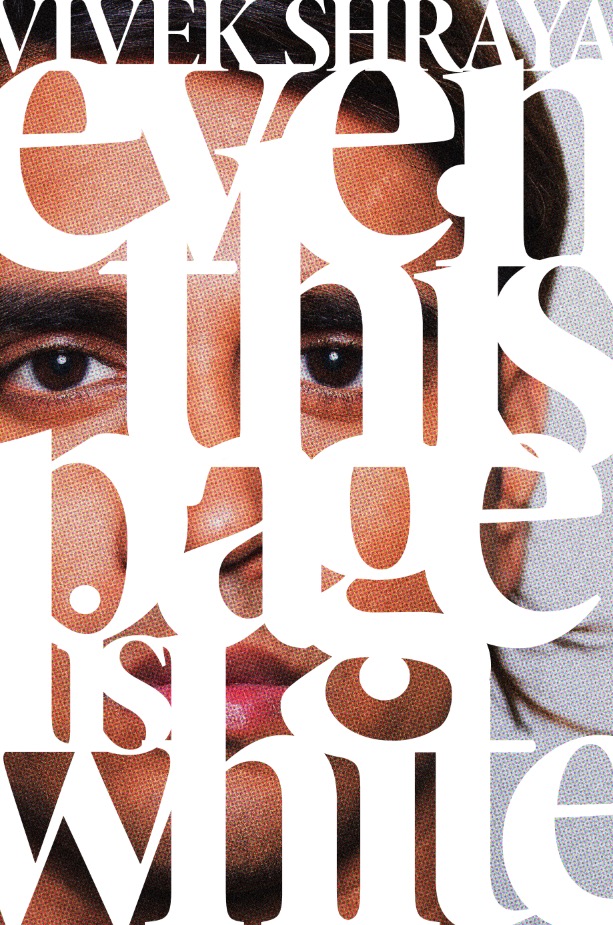 words     the refuge and the dagger

From her forthcoming poetry collection even this page is white out this fall, published with Arsenal Pulp Press. See more here.

Vivek Shraya is a Toronto-based artist working in the media of literature, music, performance, and film. Vivek’s body of work includes 12 albums, four short films, and three books, which have been used as textbooks at several post-secondary institutions. Her debut novel, She of the Mountains, was named one of The Globe and Mail’s Best Books of 2014. Vivek has read and performed at shows, festivals and post-secondary institutions internationally, sharing the stage with Tegan & Sara and Dragonette, and has appeared at NXNE, Word on the Street, and Yale University.

Vivek is a three-time Lambda Literary Award finalist, a 2015 Toronto Arts Foundation Emerging Artist Award finalist, and a 2015 recipient of the Writers’ Trust of Canada’s Dayne Ogilvie Prize Honour of Distinction. Both Vivek’s debut collection of poetry, even this page is white, and her first children’s picture book, The Boy & the Bindi, will be published by Arsenal Pulp Press in 2016. Her book on recording artist M.I.A. will be published in 2017 by ECW Press, as part of their Pop Classics series.