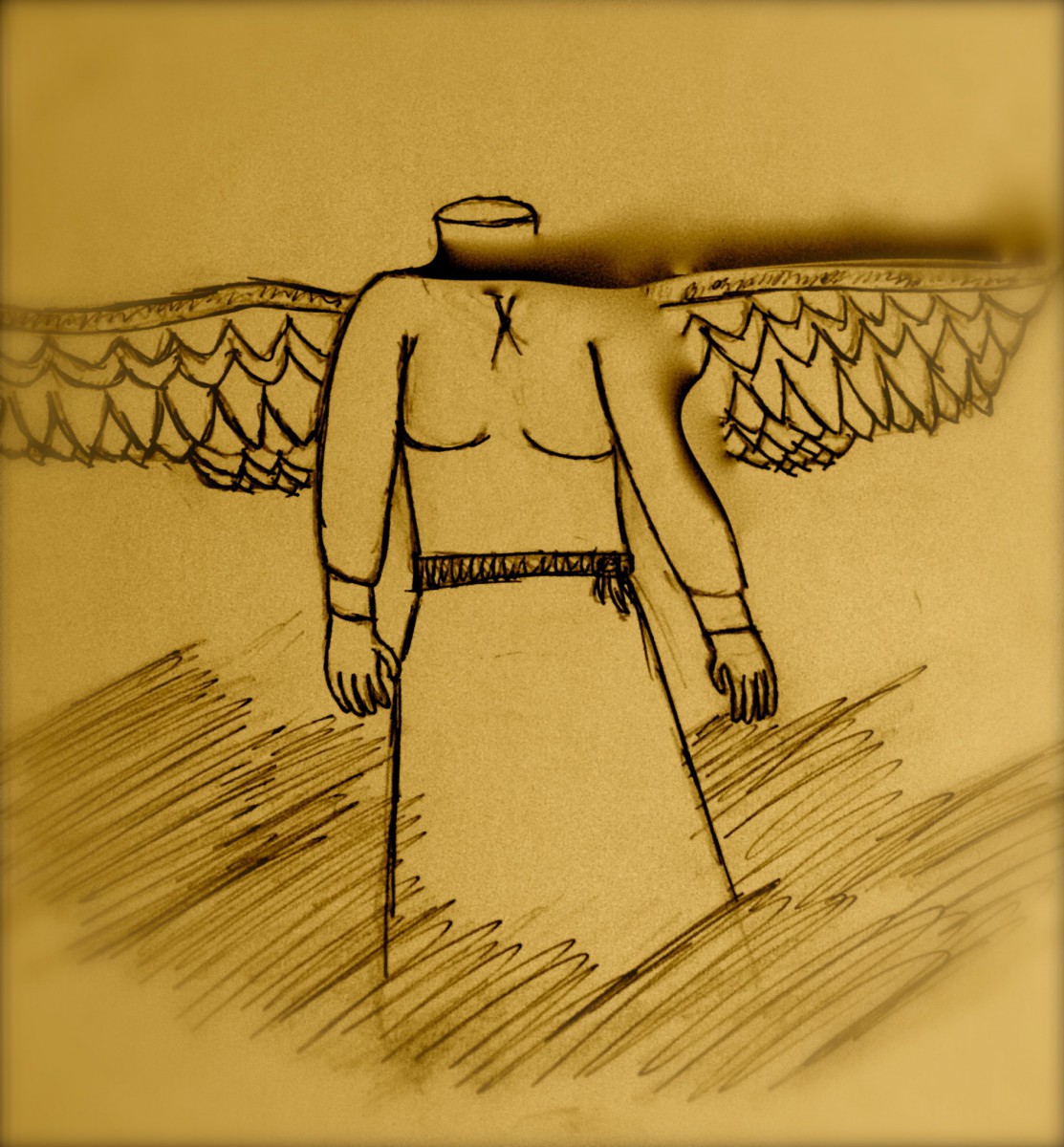 Crystal and Seth were fighting over who got the last bit of tequila eggnog, and they knocked over their mother’s Christmas angel. Knocked it off the kitchen counter where it stood, its hands clasped, its lips pursed in prayer. It’s okay see, its ok, he said, but they knew it wasn’t ok, because even through she bought it at Olivera Street, where real Mexicans can sell over priced things to OTMs (Other Than Mexican) people who don’t know any better, they knew she would be upset about it. The angel, Seth argued, was a girl angel, a Catholic girl angel, and they weren’t even active Catholics, and as far as they knew, there were no girl angels in the bible. All the while, the angel lay on the kitchen floor, and they soon found, to their despair, that the angel was headless. They searched every inch of the kitchen for her little head, until Seth found that it had rolled under the stove. He held the angel’s head in his hand, and for the very first time, they saw the smooth lines of the angel’s delicate mouth, the intricacy of her nose, and the texture of her hair, which was brown and soft, and like that of a real woman. They had very little time to fix the angel, for their mother was expected home soon. Crystal found some glue and used it to put her head back on, but they knew it wouldn’t keep her head in place. You can still see the crack on her neck, it looks pretty fucked up, said Seth. He took a piece of ribbon off the tree, a piece of gold ribbon, and wound it tightly around the angel’s neck. There, you can’t see the crack. They decided to put the angel on the mantle top, and there she stood. Suddenly she became a thing of immense beauty. The gold of the thread shimmered in the warm glow of the lights that specked the tree, and there she stayed for days, and Seth and Crystal wondered if their mother would ever notice her there. They lived in fear that their mother would pick up the angel and hold her in her hand, and then slowly unwrap the ribbon, and the angel’s neck would come severed from its dainty neck. But their mother never noticed the cut on her neck, instead, she left the beauty there on the mantle, year after year, as if it was a forever fixture, as if one day it would shape shift to a bird with enormous blue and green wings, and then to a magnificent tree, its long long limbs and leaves sprouting against the walls, into a vast capacity of minutes and days and years into infinity.

Monique Quintana holds an MFA in Creative Writing from CSU Fresno, where she was the president of the Chicanx Writers and Artists Association. She is a Squaw Valley Writers Fellow, and was the Senior Associate Fiction Editor of The Normal School literary magazine. Her work has been published or is forthcoming in Huizache, Bordersenses, Lunch Ticket, WOLVES, Madcap Review, Perigee and Heather Press, among others. She is the editor-in-chief of razorhousemagazine.com She has an affinity for Ray Bans, red lipstick, and Ramón Novarro.