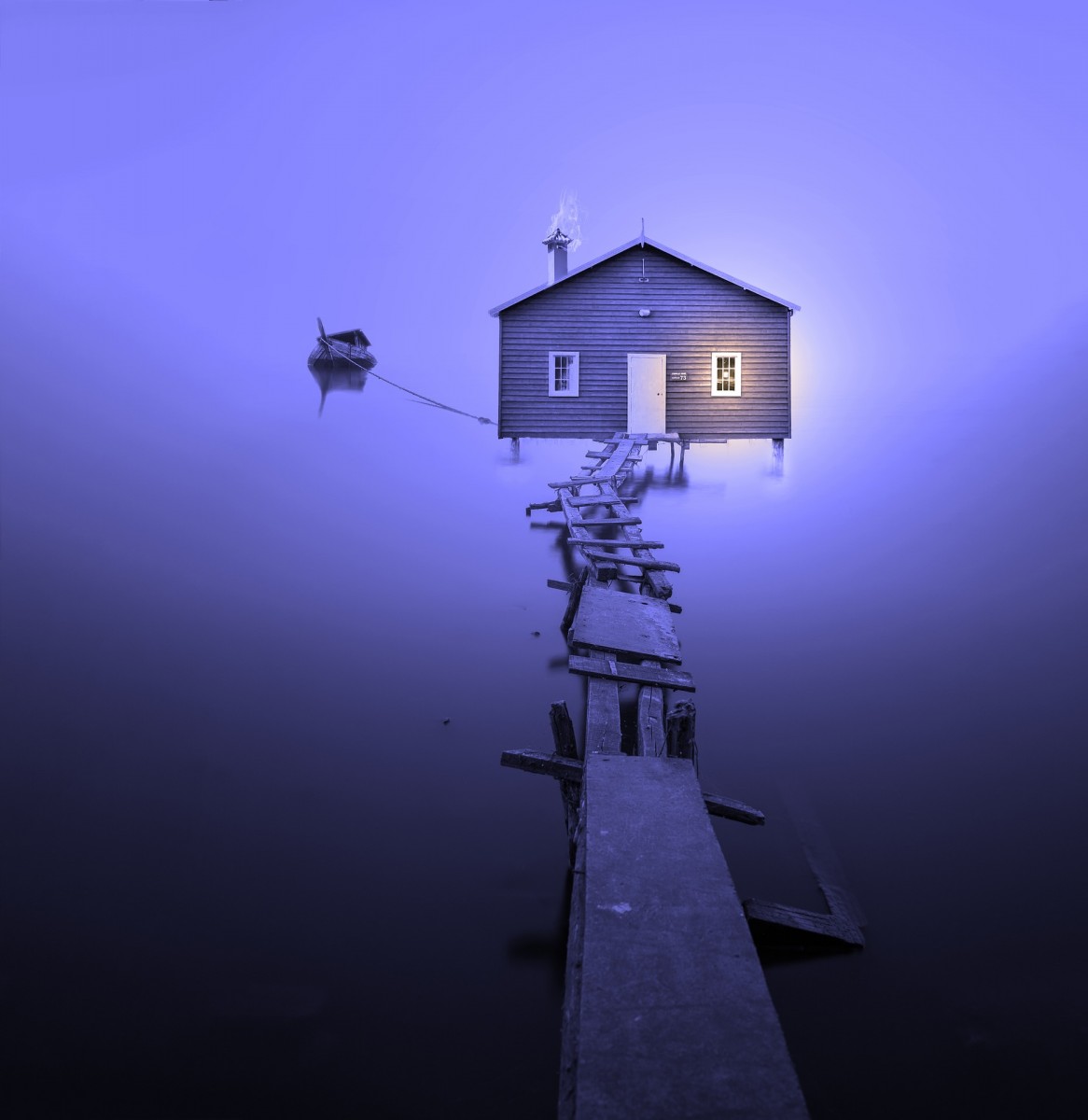 Houses of Water and Flight

I was walking to the movie theater when a great golden bear approached me on the sidewalk. Come with me, he said.

Only if it’s quick, I said, still thinking about the movie.

I followed him off the busy sidewalk to a house that appeared to be caving in on itself in a beautiful, intentional way. The golden bear knocked, didn’t wait for a response, and went in.

It was loud inside the house because of the waterfall. There’ll be divers later. Beautiful men who’ll leap from the pinnacle. The bear was yelling to be heard over the sound of falling water.

I blushed at the thought of those beautiful men flying through the air, but if the golden bear noticed, he didn’t say. There’s a man who lives down by the bridge who told me once that a waterfall is only a river who lost its way, I said. That had once seemed like wisdom to me, but now I wondered if it was just because the man lived by a river and not a waterfall. The bear nodded sagely, though I wasn’t sure he’d heard me even though I’d shouted.

The golden bear led me upstairs. I had come to love the bear, but I grew annoyed and wanted to return in time to make the previews. Hadn’t I said, only if it’s quick?

Right this way…it’s just through the window…come on climb into the whale’s mouth…close now, just over that shadowed hill…hush, I know it’s dark, your eyes will adjust….

I couldn’t take any more. I pushed the golden bear, but my hands didn’t find any fur, only butterflies. Hundreds and hundreds of the ugliest butterflies you’ve ever seen. Several were crushed against my palms. These reformed into a goat as black as a hole with twisty, twisting horns. Disgusted, I wiped my hands on the floorboards and left the house. You Old Boys are all the same, I yelled over my shoulder and hurried back toward the theater, skipping lightly like a salmon slapped from a stream.

The woman saw all the people wanting to cross the river, but they had no bridge and the water was raging and white-tipped. She pulled off her feet and then her shins and then her thighs and laid them across the water as a bridge for the people. But still they couldn’t make it, so she pulled off her arms and gave them to the people for the bridge. The people exclaimed with joy and walked to the other side freely on top of the bridge made out of the woman. A man was walking by and noticed the woman, just a torso and a head now and he felt sorry for her. He picked her up and carried her across the river, over the bridge made of herself. He set her down on the other side and when she didn’t thank him, he grew angry. Why don’t you thank me, woman? Everyone else was content to leave you defenseless and alone on the far side of the river. But not I. I took the time to carry you. The woman didn’t have any hands to scratch or feet to kick, so she spit and bit the arrogant man. He stepped away and made to kick the woman. I never asked to be carried over the bridge made of myself, did I? I didn’t want to journey over the river. The man didn’t hear the end, as he began to walk away rather than listen to a torso with a head. The woman scrunched her body up and down like a caterpillar and scooted her way back across the river and the bridge made of herself. She never crossed back over, though from time to time she would lay by the river and listen to its gurgle and admire her work.

The man walked into the stream, but didn’t come out on the other side. He just stood there, letting snowmelt trickle over his boot.

Evan James Sheldon‘s work has appeared in over forty different publications and has been translated into Russian. The author of Shed the Midnight (Ghost City Press, 2019), he is a Senior Editor for F(r)iction and the Editorial Coordinator for Brink Literacy Project. You can find him online at evanjamessheldon.com.