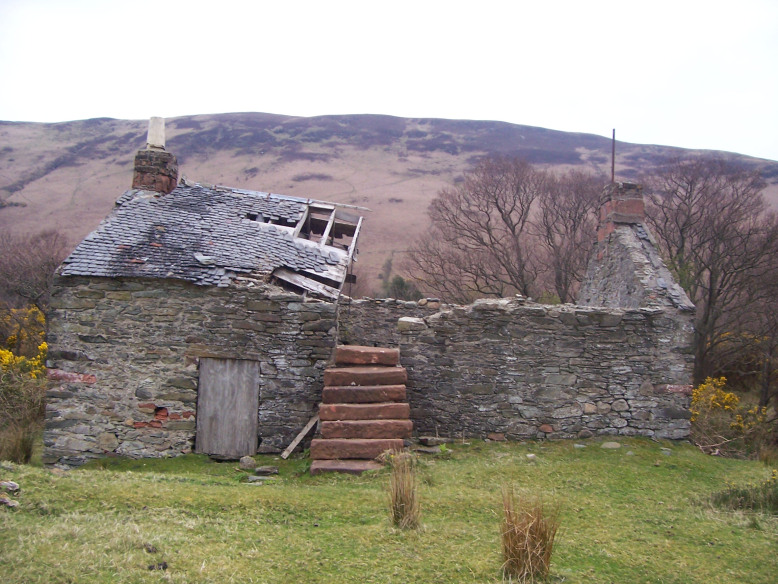 He was given a door for his birthday,
an affordable door his parents had first
seen in Stinson’s catalogue and had saved
every last penny to purchase. How he loved
this door, and bestowed on his mother
and father several kisses an hour in gracious
gratitude. He took the door everywhere with
him, the park, the library and even the burned
out church near Bancroft street where the poor
deformed boys held services and prayed to the god
they had invented and would do anything for. In
the evenings he would bring the door to the cellar
where they would play the game of whispers, his lips
sinking into the fragrant cedar and with each taste
he would drift into a different memory, and the tastier
the splinter the more lively the memory, and if he happened
to cut his lip on the wood the recollection would freeze
in his present reality so that he found himself enmeshed
in the gauze-like veil of swaying, tattered time, and with his
bleeding lips he’d blow at the frayed fabric sending the Sunday
strolls with his sister flapping against the rotting rafters of the house.
As the years went by he used the door for many things, until finally
attaching it to his own little home miles and miles beyond the mountains,
where it remained even when he no longer had the ability to open his eyes.

Matthew Vasiliauskas is a graduate of Columbia University. His work has appeared in publications such as Conjunctions, Berlin’s Sand Literary Journal, Chicago Literati and The Pennsylvania Review. Matthew currently lives and works in Los Angeles.

Ericka Duffy is an artist who lives in the UK.