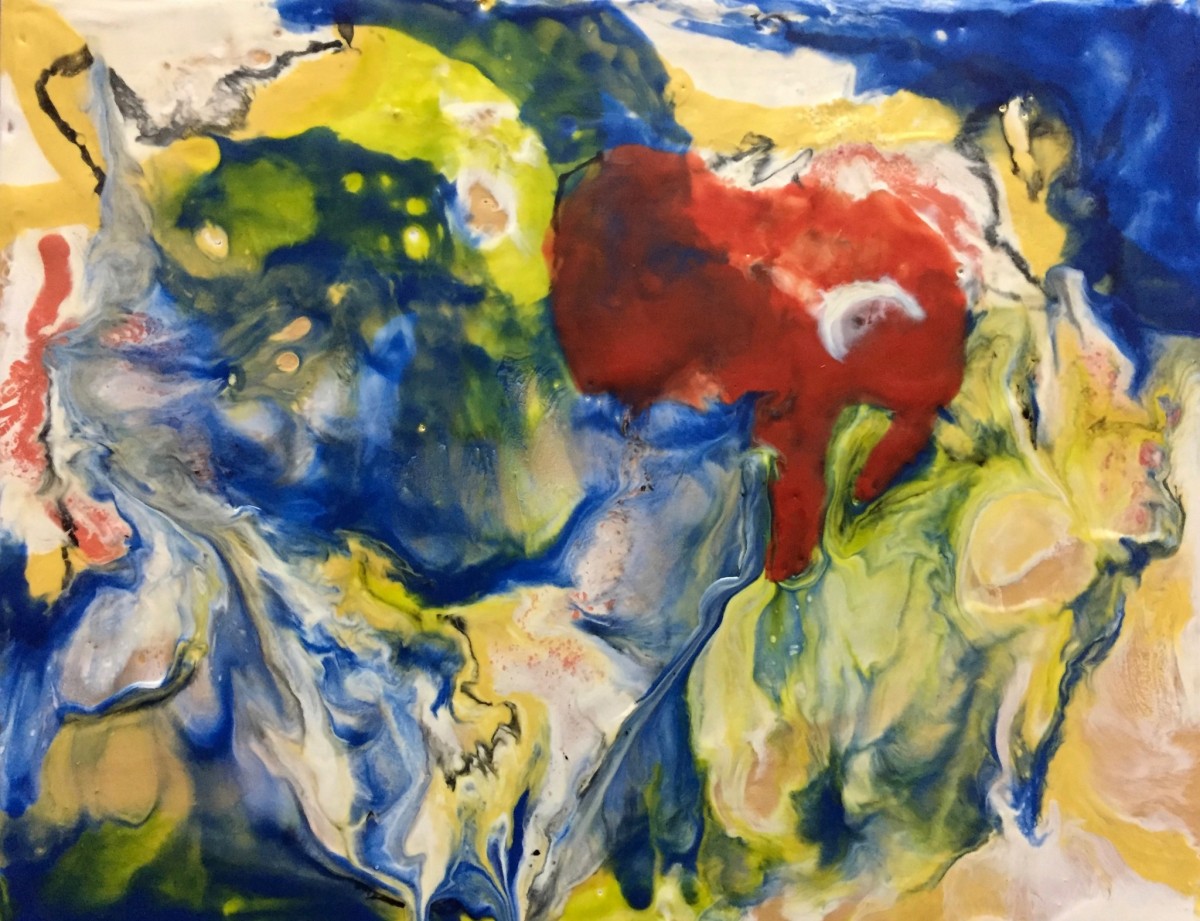 A nightmare lived at the end of a rainbow and Charlie was determined to see it so he twisted his face into a star and visited the moon for some inside info since the moon sometimes bathed in the lake at the neck of the rainbow. The moon was to his dismay only a gaping yellow mouth in the belly of the lake which spoke no secrets but only slightly swished when a bird or Charlie’s toe slipped inside it.

So he had to figure something else out so he knocked on Noah’s door 3 times to trick Noah into thinking he was the holy trinity and lowandbehold whattdyaknow Noah immediately opened the door with a smile and a hey guys and then an audible sneer when he realized Charlie’s deceit and Charlie asked hey Mr. Noah sir hey arkbuilder whatdyaknow about the nightmare at the end of the rainbow? Noah just shrugged and let out a sigh: I’m just an animal lover what would I know about a rainbow my story was over by the time the rainbow showed up but hey tellyawut if it is a goat story you are after I’ve got two.

But Charlie never liked goats because they ate too much grass and he thought they needed to diversify their diets but lest this story divert into talk of fields and livestock, see Charlie’s mind tends to wander sometimes, Charlie best get back to hunting down that nightmare before it gets too dark. So he asked the olive branch and the gold coin and the beanstalk because, hell, he was running out of options and the beanstalk at least had the height to see vast and wide and therefore might have caught sight of the nightmare. But the olive branch just spilled sap in a dripping slippery pip and the gold coin rolled on its hips with a whir and the beanstalk just told reruns of the Noah story which to be honest Charlie was pretty sick of just about now.

So Charlie decided he would go back to the moon and look for its tongue beneath the water. At least underwater it would be cool and wet and full of plankton. Yet on the way there he fell asleep because it was late and when he fell asleep his mouth spread open like the moon and his tongue slipped out and the nightmare drove right down his throat where it was cool and wet and dark and he was finally free of that damn rainbow.

Erik Fuhrer is a PhD and MFA candidate in English and poetry, respectively. His work has appeared, or is forthcoming in, Riggwelter, BlazeVox, Noble/Gas Qrtrly, Third Wednesday, Dream Pop Press, and various other venues.

Kimberly Androlowicz is a youth services librarian, painter, and puppeteer who lives in northern Indiana.