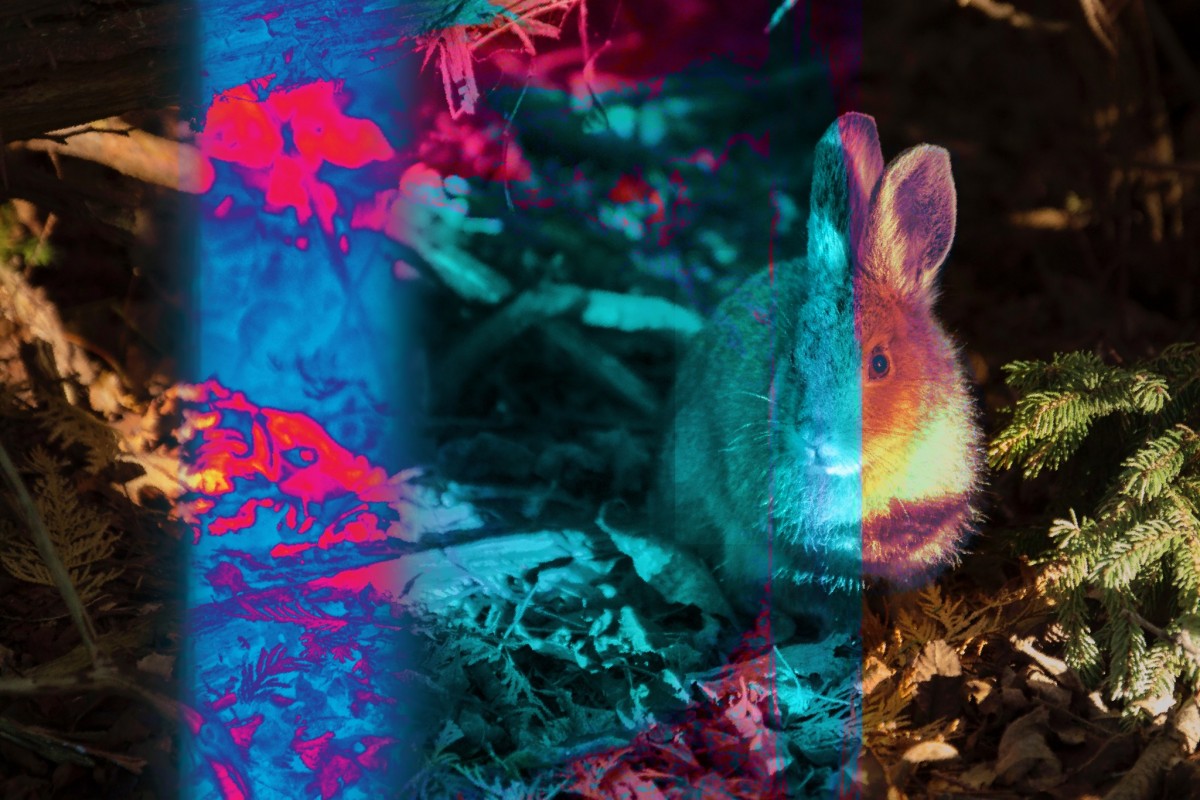 We all know the story of Peter Rabbit, that naughty boy who went to the garden after his mother expressly said not to, and he paid for it with a cold and having to drink chamomile tea in bed while his sisters, Flopsy, Mopsy, and Cottontail, got to have bread, milk, and blackberries at the table. But while we were moralizing about disobeying direct orders, Flopsy over there, her furry little eyelids closed with the ecstasy of berries bursting in her mouth, reminisced about her own little adventure. One that no one else knew about, which made it all the more delicious.

Peter was stupid, going to the same bloody garden over and over again. Did he think it was the only place to find vegetables? Flopsy had found carrot peels in the compost heap outside the garden walls, whole brussels sprouts under the table at the farm stand, raspberries in the ditch, and most recently, fiddleheads among the freshly decomposing leaves on the forest floor. Berries and milk were just dessert. Her belly was full. And Peter was wearing that stupid brass-buttoned blazer everywhere. Why, Flopsy stowed her romper under the Alberta spruce around the corner from the Rabbit burrow, as any intelligent being would do with something so pretentious and Eighties-throwback as brass buttons.

This very morning after Mrs. Rabbit had left, Flopsy had rolled her romper neatly, concealed it under Alberta’s lowest firry branch, and pa-thumped on all fours to the fiddlehead section of the forest. Gray Cat had run by her with a mouse drooping from his jowls, his eyes round and shining with fervor. He dropped the mouse behind a rock and batted at it, his neck arched and ears pointed forward. Food tasted better to cats when it tried to get away. That’s what Mrs. Rabbit had always told them. But then again, Mrs. Rabbit told them all sorts of things that were meant to keep them at home and out of the real world while Mrs. Rabbit herself went out shopping, walking on her hind legs, and wearing fancy sun hats. Flopsy nosed around for a tasty fiddlehead, sheared off a nice chunk, and then sat upright to continue chewing and surveil Gray Cat.

“He won’t bother you.” The purring voice next to Flopsy startled her, and she shot straight up into the air, poised to bound away except that darn fiddlehead caught in her throat and she hacked and cowered until it dislodged, at which point the other cat, Motley Cat, placed a gentle paw on her back and murmured, “There, there. I get hairballs, too. Nothing to worry about.”

“Me?!” Motley Cat lifted both front paws in front of herself in a modified crucifix pose. “I’m an innocent feline!”

Motley Cat put her paws down, the claws curving under the soft pads, and looked over Flopsy’s brown spotted fur, her dark nervous eyes, her vulnerable white belly. “You’re much too big, now. Why, you’re as big as I am! I should be the one asking if you are going to eat me.”

Flopsy gasped at the thought of eating flesh. “I’m vegetarian! Look at my teeth.” She opened her mouth to show off the plant grinders in the back but then quickly snapped closed. An open mouth is too vulnerable a pose. She snapped those front sharpies. Motley Cat didn’t have to know they only worked for severing a plant stem.

“Oh, one of those. Are you allowed to associate with carnivores?” Motley Cat yawned and watched Gray Cat press his paw on the mouse’s spine so its tiny feet splayed out like a gecko’s.

Mrs. Rabbit would certainly say no. “I do whatever I want,” Flopsy said, somewhat unsurely, since she had been raised to believe everything her parents told her. “Though I’m pretty sure it was a cat that ate our baby brother, Bopsy.”

Motley Cat licked her teeth. “Yes, well, look at him.” She nodded at Gray Cat. “He’ll eat anything that wriggles. Me, I prefer the canned meat.”

“Canned rabbit?!” Flopsy squeaked and hopped backward, which crushed the tender fiddleheads she had been intent on eating.

“Canned something,” Motley Cat drawled. A bit of drool dripped like a pendant. Motley Cat cupped it with her pink tongue and brought it safely back into her mouth. “It’s the Cat’s Meow, darling. Warm, ground meat that sits in my bowl and waits to be eaten. My Human brings it to me in a china saucer. I sit by the big humming box and she brings it to me.”

Flopsy found herself strangely hungry and nosed around for a few more clean, uncrushed fiddleheads. She saw some honey mushrooms at the base of a tree and she hopped over to eat the sticky caps, so unusual for this time of year.

“You know what else my Human does?” Motley Cat continued talking as if there hadn’t been a good three minute lull. She came over to the tree, batted at a honey mushroom, then stared at the stickiness on her paw. She licked it several times with her raspy tongue, then began rubbing her head with her paw. Lick, lick, rub round the head and eyes. Lick, lick, rub round. Flopsy had never seen a creature so pleased with itself. Flopsy nibbled the caps off all the honey mushrooms and found a few more fiddleheads on the other side of the tree before Motley Cat resumed the conversation. “She rubs my head and back, my Human does. I just go up to her long appendages, like so,” and Motley Cat demonstrated the bowed head, the soft butt against the tree trunk, and the slinky side rub against the rough bark, “and she bends down and rubs all the right places.”

She took a small sip of milk from the dainty cup. No, Peter wasn’t the only one who had adventures.

Wendy BooydeGraaff’s work has appeared in Emry Journal Online, Kveller, The Emerson Review, Third Wednesday, and is forthcoming in Rune Bear. She is the author of the picture book Salad Pie (Ripple Grove Press, 2016). You can find her online at wendybooydegraaff.com.

Kaitlin Ruether has an MFA from the University of Guelph and has spent time all over Canada developing geographic commitment problems. She has been published in FreeFall, Plenitude, and The New Limestone Review. She is a regular contributor to the Canadian music publication Exclaim!.