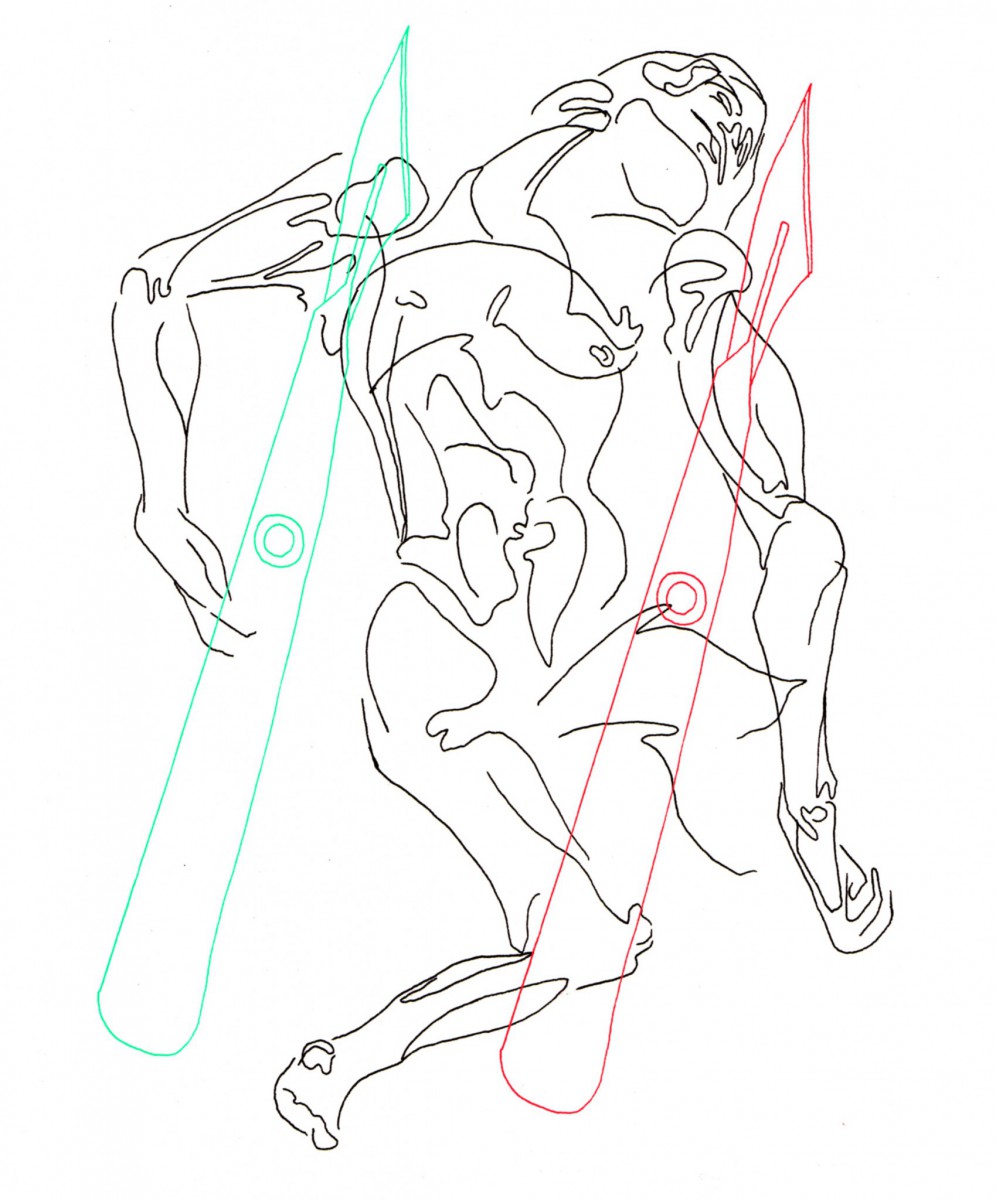 When the doctors told me that I would lose all sensation, that the procedure required unhooking my nerves and repasting the flesh, and I wouldn’t have breasts but a flat, what they call masculine, chest with a little red line to mark out my pecs, the subtraction, and I’d be able to walk on the beach with my shirt off, to go to the gym, to show my senseless dead nipples in public, I decided against the basic needle and thread, for them, the doctors, that is the surgeon and his assistant, to use velcro instead.

It’s given me so many options. I can wear one on my forehead, a triclops, or cover my ears. I can put them over my ribs. I can leave them at home. It’s strange how disturbing that looks, no nipples, how alien—though I don’t feel it about my nude body, sans penis and breasts. Maybe it brings me back to childhood, having the same layout, more hair. When I was a teenager and my friends had just discovered transsexuals, we thought trans women were best because they had the most of all worlds. It seemed like the men were subtraction, but I know better now.