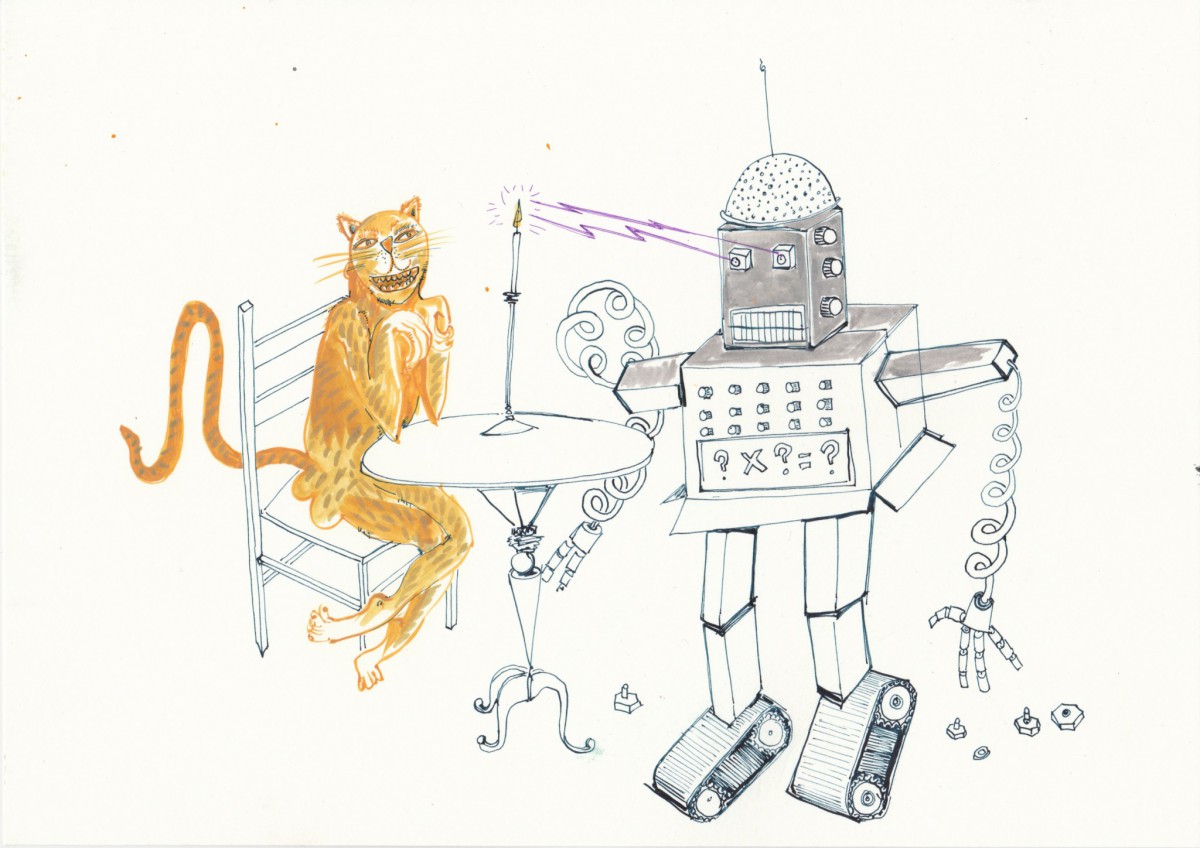 I.
How flattered I was when
you oiled the gyroscopes
in your skull so that I
wouldn’t hear the obnoxious
swivel of the gaze that
often wanders to organic
tendons, deposits — and
how could I get mad?

II.
We people are your cats,
delightful in multiples,
multiplying, and twice as
attractive — a semi lunging
towards its own personal
apocalypse. Sure as everyone
rubbernecks, we would all
enter in marriage contracts
with our pets, if we could
— many times over.

III.
So the sightless woman has
her own ideas about the shades
between the lines of a colorless
drawing of Mickey Mouse, alone
behind the covers of a floppy
book: I understand you, as
far as I can. I do. The sound
of hinges opening to greet
my cheek vibrates inside my
whole body, and it has the
same electricity as forgive.

Chelsea Eckert is currently attending UNC Greensboro for her MFA in creative writing. Her fiction and poetry have appeared (or will appear) in over twenty-five venues. Stalk her like a hungry catamount at http://chelseaeckert.me.