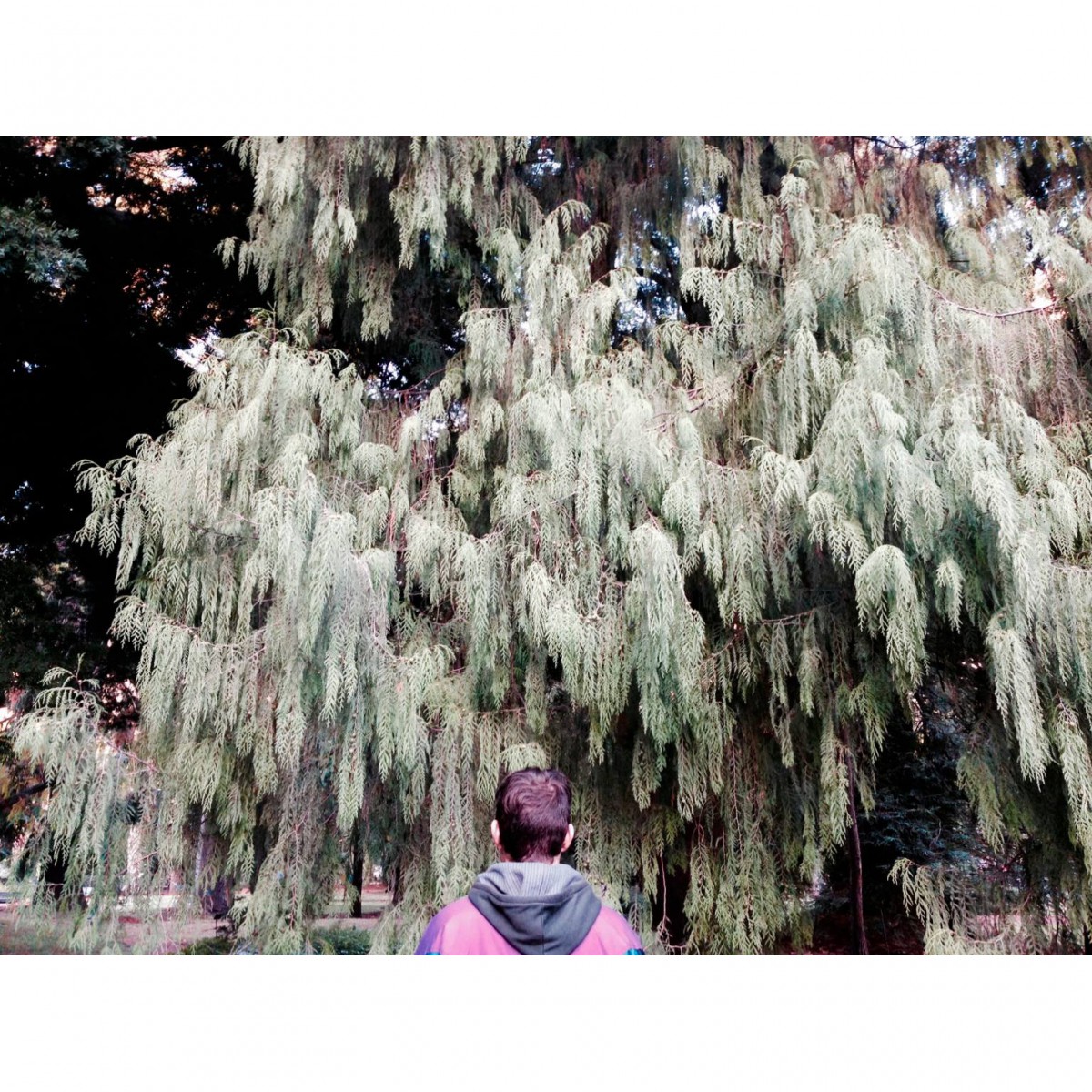 I wanted to make Willow happy, simple as that.

I wanted it to be a song, or a ballad more like, where the hero rescues the princess only the princess rescued me and I brandished an old book, not an iron sword.

By the end she was sad as cold rain on a Midsummers Eve, sad as a blue bog in the gloaming, sad as sad could be and I only wanted to make her happy. Isn’t that what they always say? I fell hard for her on the solstice. We met at a drum circle in a time when I was still unsure I believed in things like rhythm and hope, but she made a believer out of me. If you ask me what I believe in now I’ll give you a list as long as the Ganges. Willow gave me that. She gave me memories and shivers and NyQuil highs and the belief that anything was possible.

She was the kind of girl who had things to say and points to make. She would lie on the couch and just spout like a beluga, pontificating on the issues of yesteryear. She always liked to stay one step behind; she thought Louis Riel was treated unfairly and pogo sticks should have stuck around, she thought Watergate was overhyped and the fall of the Berlin wall didn’t have nearly enough poetry written about it. If she had it her way, everything ever written would have been poetry. To be honest, half the time I didn’t know what the hell she was talking about, but isn’t that what love is? Just the sound of her voice was enough to make me happy. When I was in tenth grade I listened to one song only; all year long I played Jesus Christ Superstar over and over and I had to rewind the tape each time. Willow was my Jesus Christ Superstar without the rewind and I wanted to listen to her on repeat for the rest of my life.

She was pretty as moss clinging to a wet stone, have you ever seen that? We used to dance together on the balcony then she’d run down to the street and pretend to be Romeo. I was always Juliet because she always thought of it first and I never thought about it at all until her bare feet hit concrete and she screamed up for me to begin my lamenting. Oh Romeo.

It was always an adventure with Willow; sailing flower boats on the coy pond, talking to pixies in the grove, praying to the god of lemon drops to make our lives more lemony. Sometimes I wasn’t sure half the things we were doing were real, but I believed in them anyway because it was Willow, and with Willow everything was real. Before she changed she would remind me I had pockets filled with forgotten treasure and make me pancakes in the shape of the leaning tower of Pisa. It was all those things she did that made me feel like I didn’t quite do enough in the relationship. It was all those things that got me thinking, when she got sad, that I might have been the cause.

It was a dizzy mix of guilt and love that made me search for the cure for sweet Willow, even though I wasn’t sure what ailed her. It was like a light switch, easy as a flick to make her go dark. The day she went sad it rained; pathetic fallacy followed her like a lost puppy. She cried for thirty days and thirty nights and didn’t speak a word. On the thirty-first day I couldn’t take it anymore and set out on a quest to make Willow happy.

It started out grand with all the pomp I could muster, but in the end I just walked in circles because I didn’t know where to start. Eventually even circles have an end though, did you know that? Well they do and soon I was on the bus headed into the sunset wondering how to cure a flood.

The bookstore was six steps down and the book was buried in the back, an ancient tome of nettles and answers. It stung when I opened it but it offered a cure and the validity couldn’t be denied because, as Willow used to say, the truth hurts. I bought it for three gold doubloons that my forgotten pockets sportingly produced and took it home, reading beneath the streetlights as I passed them by.

It was with deep ceremony and solemnity that I cast the circle made of earth in the backyard, as prescribed by the book in which I was putting all of my faith. It was with great trepidation that I wrote the words of the poem I had composed for the occasion. I wrote them in chalk on the soil; the book called for charcoal or crushed diamonds but I allowed my pockets to lead the way and chalk was what they gave me.

Willow would have cried at my lack of poetic grace if she wasn’t already inundated with salt, tortured with tears. As I gazed upon my crudely drawn words I reconsidered the source of her sadness. Perhaps it wasn’t me after all, there was a lot of bad poetry on the planet and a lot of sorry prose, could it be that this was the true well from which her grief had sprung? Quixotic hope surged through me and renewed my vigour for ceremony and serendipity. It was foolish of course, given all the times I’d let her down; said no when I meant yes, refused her offers of curds and whey with all the spiders in the house. But it seemed a sweeping grand gesture was required so I let my worries sail to the stars.

I painted my body green: the colour of photosynthesis and newness and honesty. I painted Willow brown: the colour of geology and stillness and silence. She wept the whole time, but allowed her body to be moved and covered nonetheless. She was limp as an elastic, an alpaca sweater, an unblown balloon. To touch but not touch is a great injustice.

I stumbled and tumbled down the stairs with dear Willow in my arms and as we fell I could swear all was as it used to be. Was that a laugh I heard escape her ruby lips? Alas, only a sob. To the backyard I toted her, like a sack of the sweetest apples, and deposited her in the centre of the circle that, unlike most, had no definite end. I chanted and danced there beneath the midnight moon, with darling Willow wailing at my toes. I was green with paint and exhaustion and desperation.

I’ll tell you now so you don’t wonder later, magic isn’t like the storybooks promise. It isn’t sweet and quaint and pretty with glitter and glowing and gleaming. It is cruel and brief and filled with a terrible existential irony, as though divinity and optimism were nothing but tawdry playthings. The transformation was almost instant and I underline almost because amidst its brevity, I was still allowed a glimpse of the dreadful process; a horrible twisting of self and nature, a frozen scream of unbearable terror and, worse than anything, for that instant her flood of tears ceased. The switch had been flicked and she was light again.

And then she was a tree.

Not a clever metaphor I promise but solid and painfully real. Weeping Willow I called her, for her branches bowed low, heavy with leaves like tears that refused to fall.

I ripped the book to shreds seeking answers to questions that wouldn’t form. I had only wanted to make Willow happy you see. Now her endless sobs have ceased, which is what I wanted after all. That’s the thing about love isn’t it? Compromise. She was lovely as the day is long. Willow. I sit with her in the early morning now. I sing to her and call for Romeo and make her pancakes in the shape of love. She shivers sometimes when I read my poems aloud to her and I wonder if maybe I’ve finally gotten better, after all these years.

Star Spider is a writer from Toronto, Canada where she lives and works with her awesome husband Ben Badger. Star is represented by Carrie Plitt of Conville & Walsh and she’s hoping to have her first novel published soon. In her spare time Star is going to school and writing short stories which can be found in many places including A cappella Zoo, Necessary Fiction, The James Franco Review, Flyleaf Journal, Gone Lawn, Open Pen, Apeiron Review and Klipspringer Magazine. starspider.ca