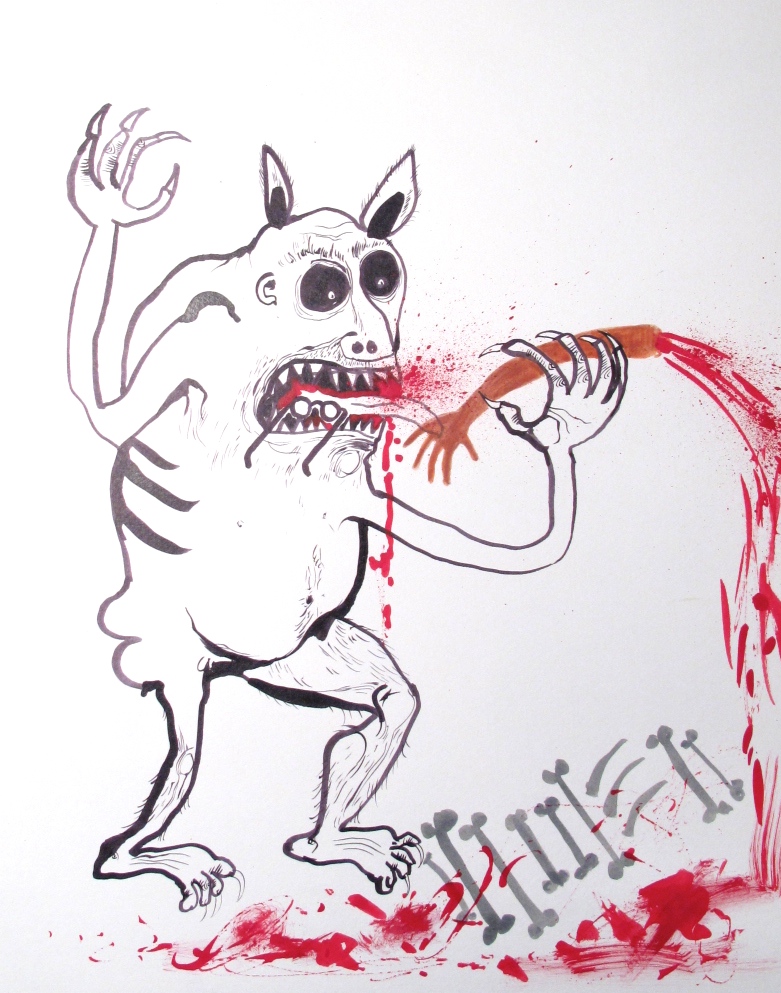 He bites off her face first (it’s best that way.) It’s oily, pock scarred and chewy. Her thick-framed glasses jar awkwardly in his throat. Despite smelling like coconut, her hair taste’s sadly plain.

He works his way through her body. Her skin tastes of paper, her blood of ink and cheap coffee. He lines up her bones beside him as he eats and feels strangely compelled to arrange them alphabetically.

When he reaches her heart, he squeals, it’s so plump and tender. He crams it into his mouth whole, begins to chew, then spits it out, shuddering at the unexpected sourness of self-loathing and the bitter taste loneliness.

The Wendigo pauses. He looks about the empty library, scattered with books, lying contorted where they were hurled as the people fled.

He turns back to what remains of the girl.

“You taste beautiful,” he whispers to the final handful of her brains.

The sun hadn’t quite set but you’d trapped fireflies in jars to set the mood. I liked how you’d made bunting out of shredded summer dresses. We sat on toadstool-cushioned tree stumps as you fed me nettle tea and mud cakes.

Then you sang, in howls and lonely whines. If you hadn’t tied me up I would have held your hand. 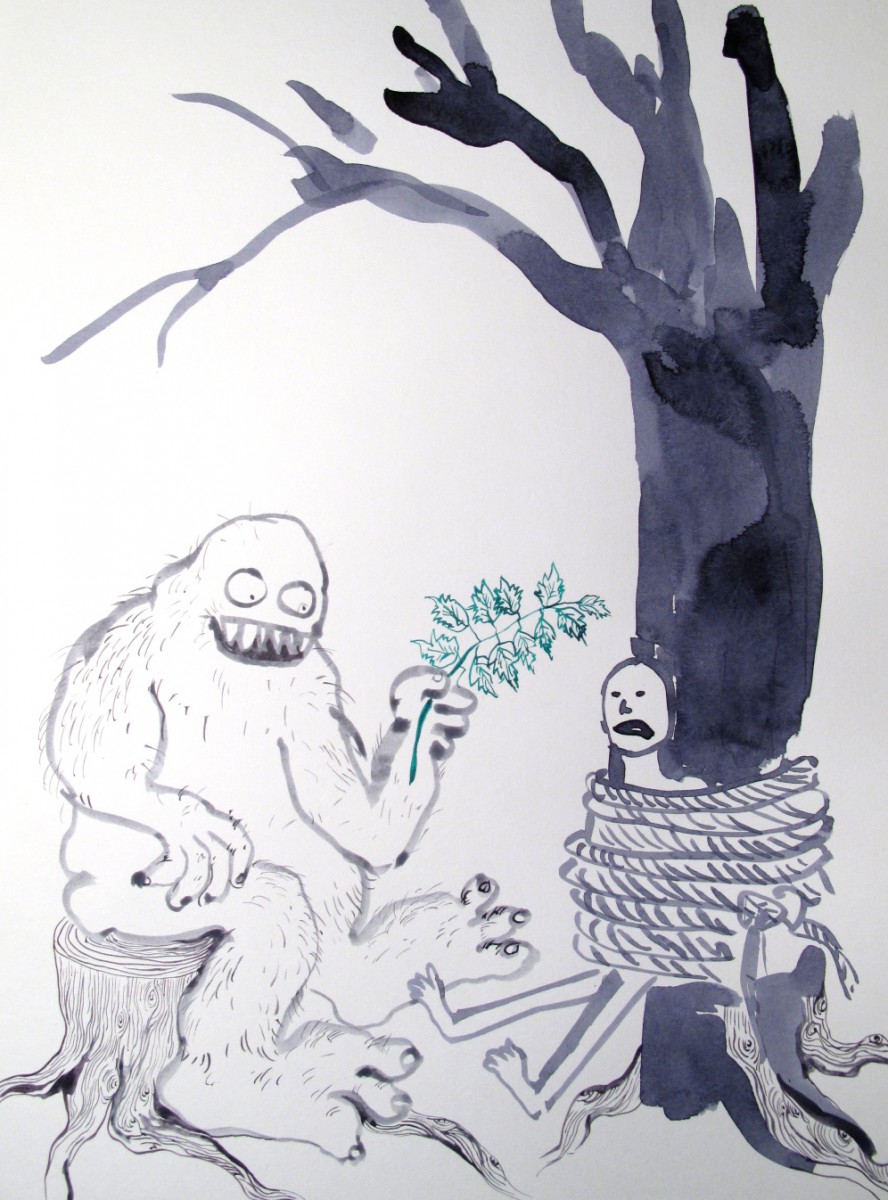 Megan Crosbie is a queer writer from Scotland who works in education, supporting teenagers with additional support needs. She spends most of her free time writing flash-fiction and fractured fairy-tales. When not writing she enjoys playing her ukulele badly (despite having a degree in music), urban exploring, drag shows, and too much wine.