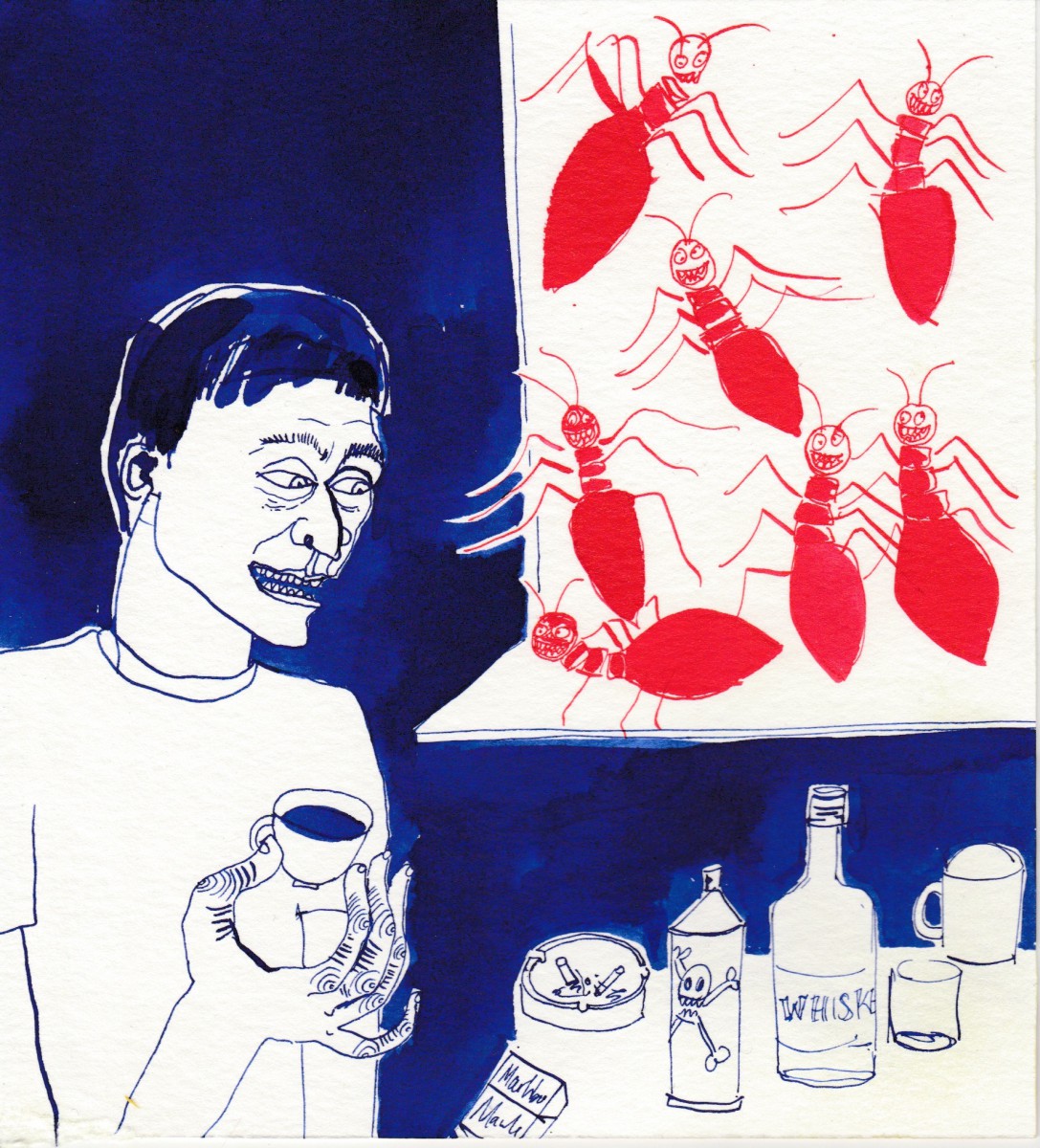 A red ant crawls across the windowsill,
a moving drop of blood.
There is violence.
We hold our breaths, hoping we can’t
catch cancer through our radio
broadcasts. They speak of it while
we butter our toast. It feels
vintage. The leisurely hungover
domestic morning after horror
from a night of breaking news.

The coffee brews while
we try not to stew, to focus
too much on the acidic churning
in our stomachs. It’s like the
digestive system thinks all
on its own, “It could happen here!
It could happen anywhere!”

Even as we say it out loud,
again and again to each other,
like it’s a mantra that reassures:
at least we are not naive.

But then the phone rings and it’s
Carol, who bought that ugly orange sweater,
and if it’s unravelling and
that feels more real to her anything,
who are we to cast the blame?

Someone may wonder aloud,
“Are all red ants fire ants?”
while their companion insists
that it doesn’t matter: the spray
will get them, anyway.

Sarah Ricard is a poet and fiction writer based in Iowa. Her poems have appeared in The Release Magazine, Stepping Stones Magazine, on The Sheltered Poet Blog, and are forthcoming in the compilation The Soul’s Bright Home. She is in her late twentysomething years, a community college dropout, and currently an autodidact. She enjoys rain but not rainstorms, prefers the taste of light mayo to regular mayo, and is a libra earth dragon.