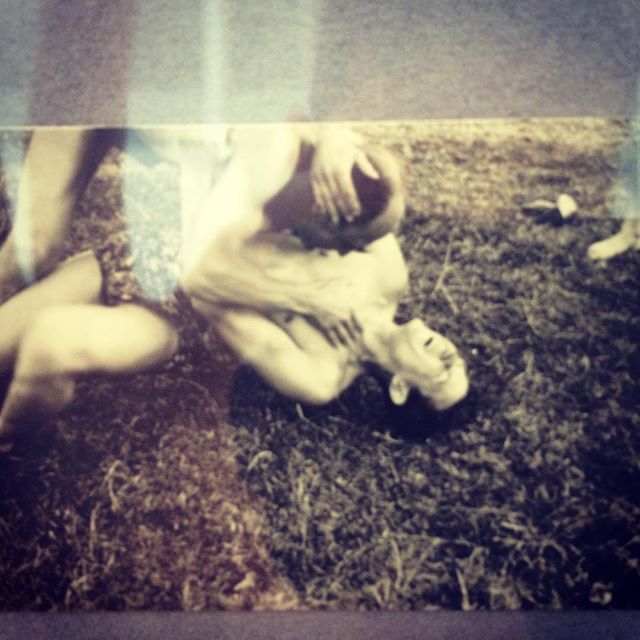 K did the grocery—ready to spend less money than last week. Only coffee and books are allowed. “I fear. I have a fear of not being able to do it.” Unstoppable constant thinking… Traumas; one shall talk about them. Especially, if they are accompanied by silence and restless gestures. There are no cherry tree flowers around, but pure reality of a gray day.

There is a tree in front of his window. It is wrapped with a transparent material. It is already dead; why did they wrap it with such cheap white plastic? Maybe they couldn’t take the roots out from the soil. Maybe the tree was executed publicly, because it annoyed the terrorist-state. Maybe that tree was a witch that was burned. Maybe the tree was ashamed or committed a suicide, no one could bare to reach to the corpse. Scary: what if it is still alive? Breathing like an alien…

Maybe the tree is a drag. A death-drag. Put the costume of death. Peeled body, peeled and covered, covered with plastic, white plastic. Maybe the dead body didn’t leave.

His hands wait. They hesitate. The right one wants to touch, the left is shy. He doesn’t know how to start the sentence. Sometimes he wishes to be more kitsch. There is more silence in kitsch. You say it out loud. It dries and opens the soul; dries and becomes candid.

The page is still empty. He is not capable of going further. Today, he doesn’t have enough words to continue. Fiat lux! This empty darkness is unbearable for him. He thinks of a prison: a wooden table and a plastic chair and a fold-out bed–if you’re lucky.

Then, a push is felt, reminiscent of the first kick of a drug-high. His fingers moved:

“I have to admit: I realized that I’ve never loved you.”

P was in the hospital, waiting for the white gown. The same dress would have been a sexy one for a night with cocktails with some small changes–not even thinking of a wedding gown.

Breathed in and out; wonders and fears were inside her mind, as always.
Her parents were expecting K to come, without even noticing the tension.
They were always in their own wor(l)ds, as always.
Oh, how weak she was, as always.

Like an archeologist he wanted to chip out his emotions and destroy them like terrorists. A German tango from 1930s is in the background: Das Lied das du nur singst allein. He is already dipped into loneliness: the power of solitudeness is a lie. A click on facebook, scrolling down. Remembering an email to answer. Then take the phone in hands. Respectively: Instagram, OKCupid, Facebook.
Numb.

It had been almost two hours and he couldn’t manage even to write the second sentence. He was trapped. He was commissioned to play a role that he had no idea how to accomplish. He got angry with her.

“I cannot carry on, even though you are ill and dying…”

There wasn’t an easy and polite way to break hearts. His eyes fixed to the dead body of the tree wrapped in white plastic.

Here was the pain… Again. Such a pain was so familiar. He lost his breath for an instant. “I’m getting better dealing with it.” He picked up the phone, heard the dial tone. Wikipedia claims that dial tone is 440 Hz, the current pitch standard for the musical note A.

She used to have coke and burgers every Sunday with her father in that diner. The owners didn’t recognize him: a total stranger. Back then, she was watching football and reading about cars to find something in common with her dad, even though she wasn’t keen on it. However, listening to him and making comments on the topics that he had interest, made the conversation roll. She could never bear long silences; his nod, a gesture of approval, was like a daily vitamin needed to be taken every morning.

Can you change your parents? How do you feel that there is nothing more to talk to with them? Weather—check—aunts, uncles—check—neighbors—check— agreed topics on politics—strongly avoid the complex ones—check… Politics is always tricky. In such cases, evil starts the arguments—as easy as falling off a log to hate each other afterwards. What if you like sun and they prefer the Alps in winter? What if you prefer your eggs boiled, but they add onions to the omelette?

What if you ask them to call you Chris, not Christa anymore?

There was a tactile sense: something was erroneous. No specific reason, but somehow, he was sure. A certain smell brought back the moment when she was waiting for his dad in the car. She waited, waited…

Sometimes, we open a new page with curiosity and because of our slow computer, we wait for, say 30 seconds. Those seconds feel like minutes, insufferable…

Finally, there is the dad wearing his beanie like a fisherman. Steps come closer. He always imagined tossing his head in such an instant. Now he can’t even look up at his dad’s face. Breathe in, and out… Suddenly, something kicked; his pupils became larger, instantly the heart beat faster.

He hung up the phone.

Göksu Kunak a.k.a Gucci Chunk (1985, Ankara) is a writer based in Berlin, who has a special interest in mythic gender hackers and dimension stretchers. Chunk will start their PhD soon on queer chronopolitics in relation to performance art and contemporary dance. Göksu’s short stories and poems can be read via goksukunak.tumblr.com.