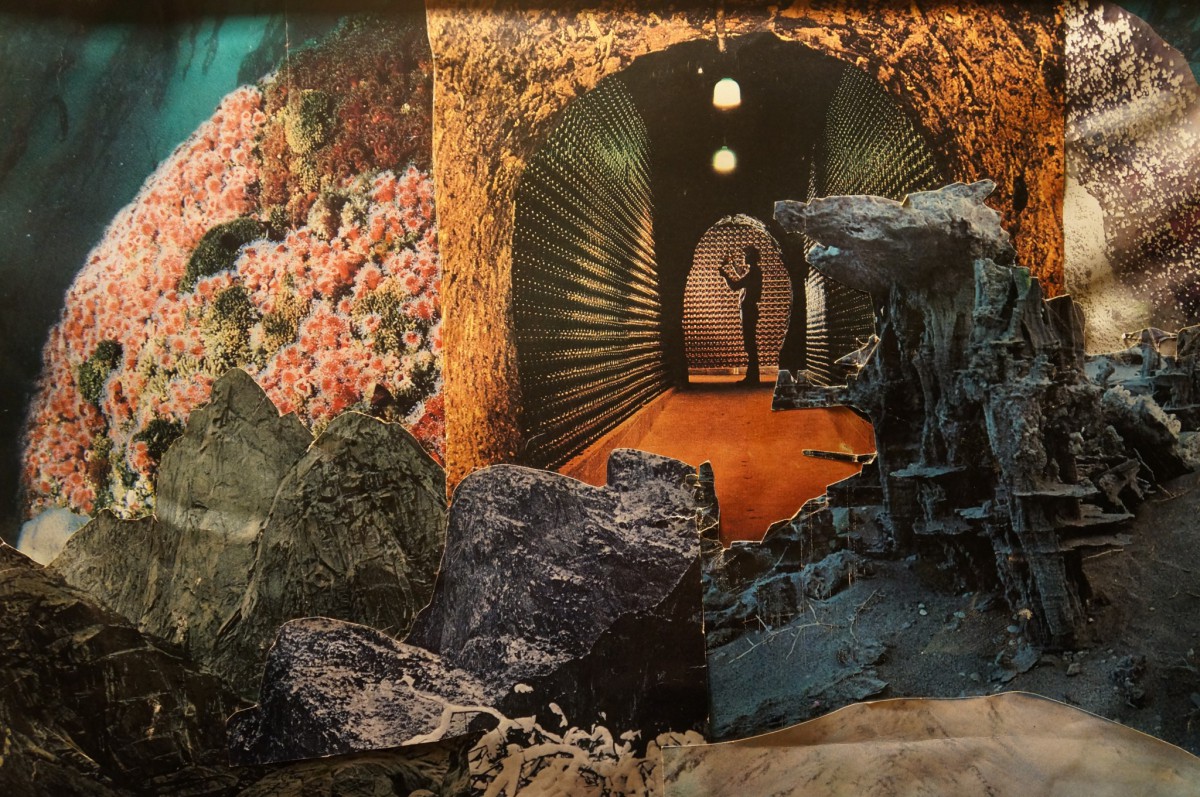 With ragged lightning breath a long-forgotten god darts down from rolling clouds and kisses certain lawns, which bloom incessantly.

Improbable flowers burst from the soil. Lopsided cakes of honey and whey. A microscopic wedding processional.

He arranges a bower and invites you in. His fingers haven’t forgotten. His primary materials are bluebells, broken crockery, and the discarded wings of molting fairies.

When the sun spills, you share a cigarette and swap stories. You were once a hotel maid, and he a jealous brother. Both dreaming of beaches coated in snow. Pineapples so ancient they explode at the touch. Apples the size of a fingernail.

The sky is green; the moss grows quickly. In the morning he is gone, a wisp of salty smoke where he lay dreamless.

Seven years later, in the pocket of a forgotten vest, you find the seeds of an over-ripe pomegranate wrapped in a tendril of his hair.

Tara Roeder is the author of two chapbooks, (all the things you’re not) (dancing girl press) and Maritime (Bitterzoet Press). Her work has appeared or is forthcoming in multiple venues including 3:AM Magazine, Hobart, The Bombay Gin, MonkeyBicycle, and Cheap Pop. She is an Associate Professor of Writing Studies in New York City.