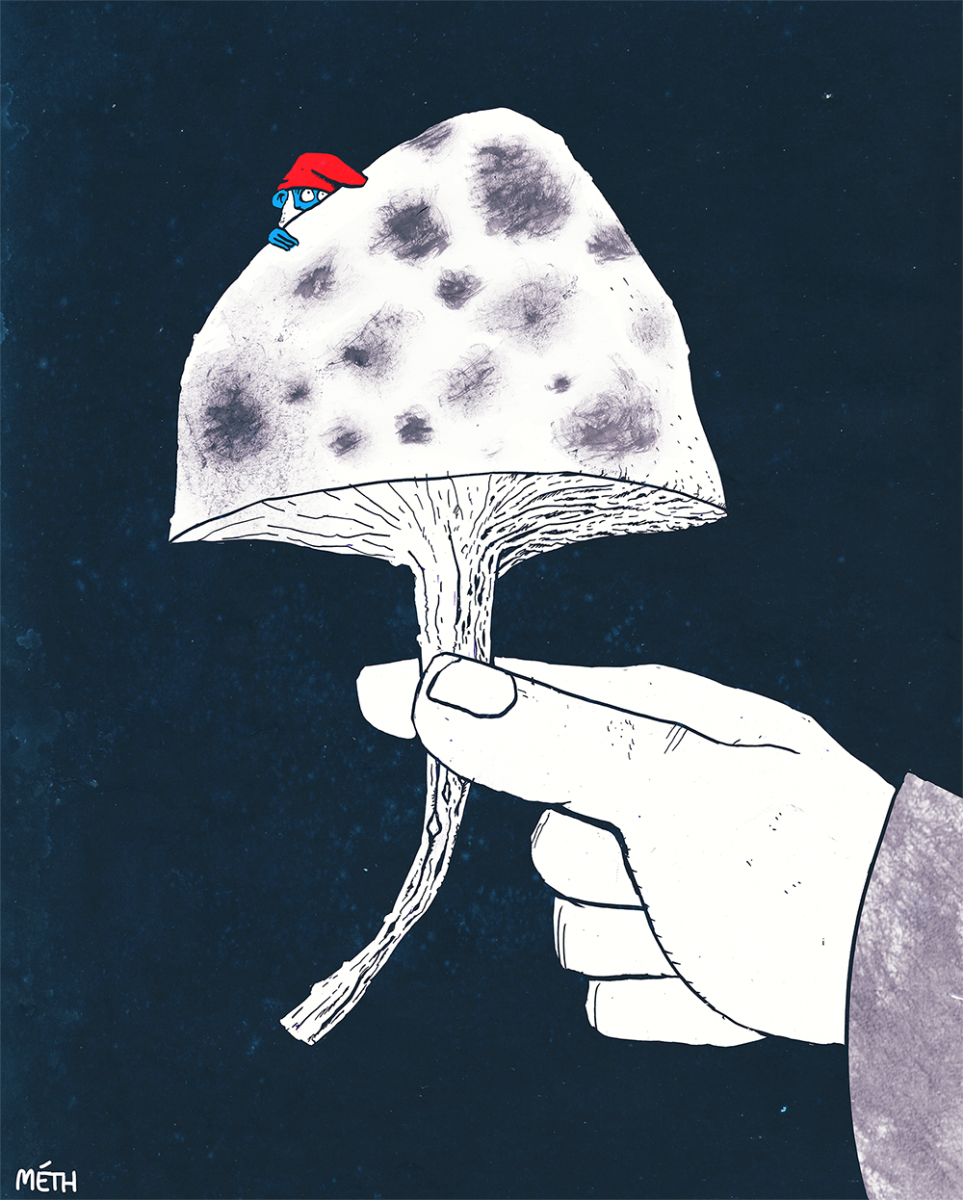 Do watch your step—
centuries of ground freeze
pushed the cobblestones
loose like baby teeth.

You’ll notice the soot-caked
walls from more than one
botched experiment, the
black kettle, heavy as a muskox,
strung with cobwebs on the hearth.

He was no slouch in carpentry;
that cat-grooved door
is good Medieval oak—made,
we think, by the old wizard
himself, like the salt-stained
cupboard and the workbench.

Most of his time he spent
rehearsing spells no one took
seriously. You’ll see thumbprints
on the alchemy scrolls, the veined
parchment blistered (please don’t
touch) with candlestick tears.

The truth is, he was one
of the last believers—an outcast
who lacked the resources (we replicated
his peasant robe) to prove anything.

By the end he was a bona fide
nut, haunted by woodsprites,
combing the forest daily
for a magical village made
of Russula mushrooms.

Passersby, they say, could hear
him pleading with the Gods,
beating the feudal ground
like an snaggle-toothed infant.

The locals still avoid this place,
claiming to hear his cackle
on the wind, and trusting reports
that his silhouette crosses the moon
on a makeshift contraption, kept
airborne as he scours the countryside
by circus balloons, the harnessed
fire of a baby dragon.

J Ryan Hibbett is an English instructor at Northern Illinois University, where the geese are ferocious and hang around all winter long. He publishes articles on the relationship between high art and pop culture, and his poems have popped up, among other places, in LIT, Willow Springs, Eclectica, Ladowich, Codex, Spoon River Poetry Review, and Atlanta Review. He privately (now publicly) enjoys the odor of dead skunks along the highway, and dreams about tornadoes when he sleeps too late.
Dan Méth is a cartoonist from New York, who now lives in Holland. His work can be found on the internet, newspapers, and TV and many a bar napkin. He’s currently working on his first graphic novel. You can see what he’s up to on http://www.danmeth.com and https://www.instagram.com/danmeth/